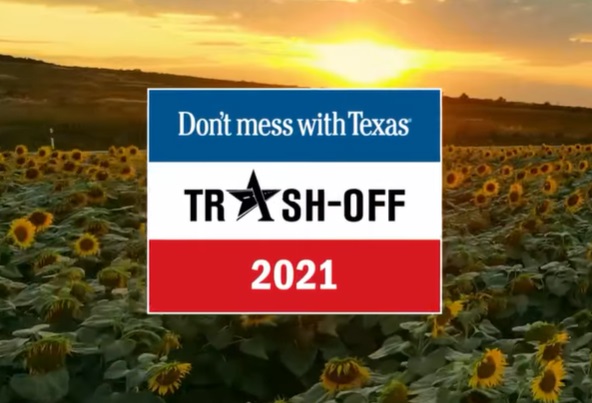 Residents from around the region and across the state will be teaming up for the Don’t Mess with Texas Trash-Off to beautify their community and roads this Saturday, April 10.

“The Trash-Off is a good time to remind everyone not to litter to secure and cover their loads before starting a trip as keeping our roads clean is a collaborative effort,” said El Paso District Engineer Tomas Treviño.

Ahead of Saturday’s cleanup, drivers are advised to pay extra attention while on the roads.

“Expect to see many groups of people in orange vests carrying trash bags. Drivers should keep an eye out for these volunteers on the sides of roads and slow down if they see a group picking up litter,” Treviño said.

The Trash-Off is part of TxDOT’s litter prevention program. Volunteers include the members of more than 3,800 and Adopt-a-Highway (AAH) groups and more than 300 Keep Texas Beautiful (KTB) communities.

The Trash-Off began in 1986 as a call to action to refrain from littering on one designated day. In 1987, the event was expanded to include litter pickup by encouraging all Texas Adopt-a-Highway (AAH) groups to collect roadside litter on the day of the Trash-Off. Keep Texas Beautiful (KTB) joined the effort in 1993 to include cleanup activities in Texas communities.

“You can be fined $500 every time you litter in Texas. And, if what you toss weighs more than five pounds, you may have to pay up to $2,000,” TxDOT officials reminded.

Department officials add that the Don’t mess with Texas Trash-Off is the single largest one-day cleanup event in the state and serves as Texas’ signature event for the Keep America Beautiful Great American Cleanup, the nation’s largest community improvement program.