Veronica Carbajal and Max Grossman held a news conference Monday morning in front of City Hall, providing updates and marking the 33rd month in their legal battle with the city over the proposed ‘Downtown Arena.’

The duo updated the public on their on-going legal efforts over the voter-approved Downtown arena, saying the city “intentionally deceived the voting public.”

Grossman and Carbajal displayed an oversized version of the 2012 ballot proposition, illustrating the original language of “Museum, Cultural, Performing Arts and Library Facilities.”

Carbajal then explained how and why the City deceived the voting public and that they did so by design.

“City wants us all to believe (the ballot) authorizes the construction of a basketball arena, and we emphasized that the language is devoid of any mention of an arena, basketball, sports, or even a site for the project.”

“The following year, the City issued an RFQ for the designer of the project calling for the construction of a ‘state of the art arena with a target capacity of 15,000 seats for basketball games, that includes approximately 24 private suites, 30 loge boxes and 500 club seats, industry standard concessions and food service facilities, merchandising, branding, efficient building systems, teams and event support
facilities and for amenities,” Grossman pointed out via a post-news conference email to the media.

Also during the news conference, Grossman clarified that the injunction preventing the demolition of Duranguito “is pegged to a different lawsuit, which is in the 8th Court of Appeals.”

Carbajal announced that Texas RioGrande Legal Aid (TRLA), representing four current and former Duranguito residents, will continue their participation in the lawsuit, and will be moving forward with their own motion in the case.

Shortly after the conclusion of  Carbajal’s and Grossman’s news conference, the City Attorney issued a statement regarding MPC, the full text of which is included below.

The City has continued to successfully defend itself in the various suits, most recently with the Texas Supreme Court’s decision to deny a petition by the opposition to review a ruling issued by a lower court that confirms the plain language of the bond ordinance and authorizes a broad entertainment purpose to include sports.

The Texas Supreme Court agreed with the Attorney General’s response that stated interpreting “entertainment” to include sporting events was “reasonable” and that the ordinance calling for the 2012 Quality of Life Bond election and the language on the ballot was appropriate.

We are not surprised by the opposition’s continued efforts to further prolong the litigation which unfortunately continues to delay the project, increase the cost to taxpayers and impacts our community’s economic development.

The City of El Paso, which has spent a little over $1.7 million related to the MPC litigation, has and will continue to abide by all court rulings and we will continue to defend the voter-approved MPC in court.

To view our prior coverage of the Downtown Arena, click here. 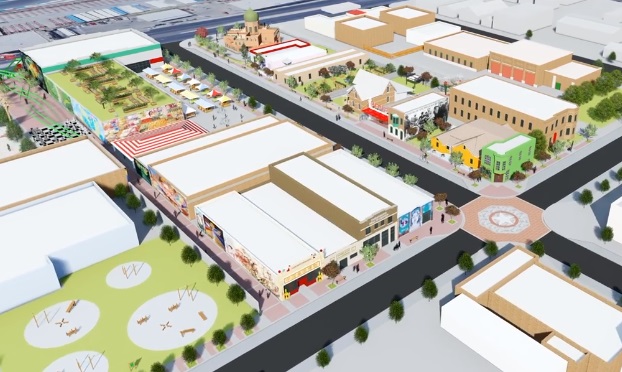