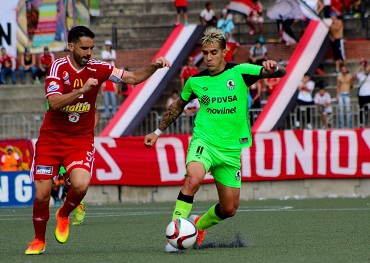 Contreras made his professional debut with Atletico Venezuela in the 2012 season and won the Primera Division with Zamora FC in 2016. He will be coming to El Paso from his current club, Defensores Unidos of the Primera C in Argentina.

The scouting team for El Paso Locomotive has left no stone unturned in their search for the highest quality players from across the globe.

Head Coach and Technical Director Mark Lowry remarked on the newest member of the squad, “I spent many weeks observing Contreras and his quality on the ball was evident from the first moment. He has a magical left foot, he can go past defenders on the dribble, and he also links up well with teammates. For us to have the opportunity to bring a player of his caliber here says a lot about what we are trying to achieve. He has won championships in Venezuela, and only a couple of months ago was playing against Newell’s Old Boys in Argentina and was one of the best players on the field. He is a player that will be very exciting to watch and will get the fans out of their seats.”

Contreras will be the sixth player signed for the 2019 inaugural season thus far and is the second international player, joining Chiro N’toko (Belgium).