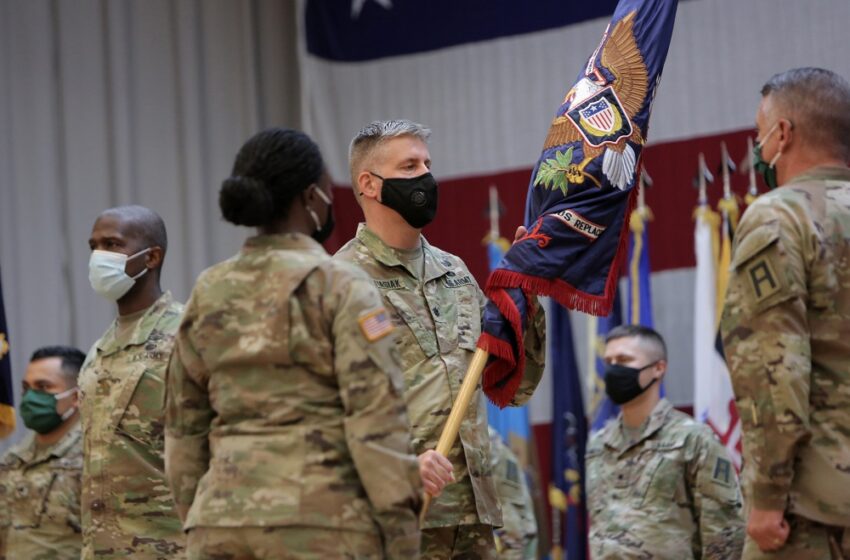 FORT BLISS – News stories reporting on military units preparing for overseas deployments or returning back home have been a fairly common story throughout the last two decades.

What is not so commonly seen is the Soldiers, Department of the Army Civilians or contractors who undergo the mobilization process, individually, at the CONUS Replacement Center, to prepare for overseas deployments and assignments, and reintegration back home.

The CRC mission is one of two mission’s that First Army’s 5th Armored Brigade oversees at Fort Bliss. 1-338 (Training Support Battalion) “Viper 9” mobilized for one year, there, to become the first unit assigned to the 85th USARSC to assume this responsibility. The 85th USARSC was recently given the new mission from the U.S. Army Reserve Command that will support 5th AR BDE lead that mission.

“Our mission is to take care of our individual Soldiers, DA Civilians and contractors,” said Lt. Col. Teresa Clements, deputy commander for the 5th AR BDE, when discussing the CRC mission. “The mission is critical and the American public expects us to do it well.”

Clements’ remarks acknowledged much of “Viper 8’s” accomplishments during the previous year and welcomed “Viper 9” as the ninth rotation commanding the mission. Clements shared that each year their mission receives and demobilizes more than 12,000 personnel during their mobilizations and demobilizations.

Command Sgt. Maj. Wendy Lenz, command sergeant major for the 1-338 TSBN, emphasized the value of Army Reserve Soldiers and the capabilities that they bring to a mission like this.

Lt. Col. Brian Wojtasiak, Commander of “Viper 9” and the CRC, added to Lenz’ comments stating that his Soldiers had unique qualities and traits to better enable them to execute their mission.

“CRC-9 has a number of really deep skill sets that personnel bring because they are Citizen Soldiers,” said Wojtasiak. “We have medical professionals, first responders, and personnel who run their own businesses, so they are making those sorts of decisions every day in their respective fields.”

Wojtasiak shared that he hand-selected each of his Soldiers to execute this mission and they came from all parts of the country, from New York and Pennsylvania, to Florida, Fort McCoy and even Puerto Rico. In support of their mission, they will be preparing individuals to deploy to theaters of operation across Southern Command, Central Command and European Command.

“We have the responsibility to train our fellow citizens to go into harm’s way,” said Wojtasiak. “I would like to thank the Soldiers of CRC 8 for receiving and preparing us for the mission, and I recognize the tremendous sacrifice as Citizen Soldiers that both CRC 8 and 9 personnel have and are making to do the Nation’s work.”