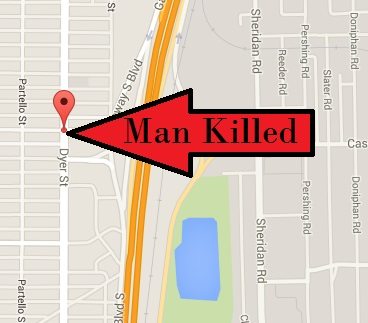 El Paso Police announce the arrest of a suspect in the 10th murder of the year.   26-year old Toris Deandre Knight was shot and killed early Thursday morning along the 4000 block of Van Buren.  By Friday morning, EPPD officials announced that Crimes Against Persons detectives made an arrest.

According to police officials, Detectives found 25-year-old Cortez Devonte Thomas at his residence along the 5200 block of Wren. Thomas was taken into custody without incident.

Thomas was booked into the El Paso County Detention facility on a charge of Murder, and is being held under a $500,000 bond.

Police add that as the investigation is on-going, Thomas’ photo will not be immediately available for release.