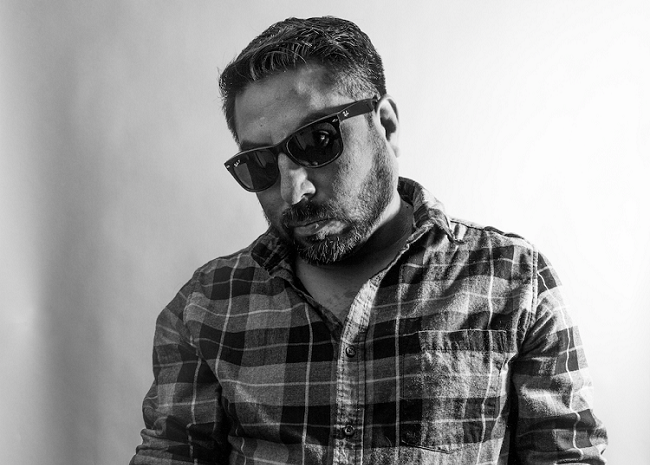 More work from Alvarado which will be featured on HBO and PBS.

The work of Chicanx border artist, Jesus “CIMI” Alvarado can be seen in the upcoming feature film, “The Forever Purge,” the fifth installment of “The Purge” franchise.

El Paso is featured in “The Forever Purge” and it was important to Director Everardo Gout that it was represented in a manner which is authentic and true to the city.

As such, the director brought on prolific border artist Jesus “CIMI” Alvarado, whose work can be seen all over El Paso, to provide a series of way finding murals that serve as code for those trying to escape the purge.

Alvarado chose themes and iconography for these wayfinding murals that resonate with Latinos. “For this film, I wanted to create imagery that I knew would be representative of El Paso and that people from my community would find relatable. Work that they can say, ‘oh yeah, that’s El Paso’,” said artist Alvarado.

“CIMI’s participation was crucial to this project to lend authenticity to the idea that the art and poetry that Latinos in the United States create can be utilized as a type of code of communication which hides in plain sight. CIMI’s art takes into account the Mexican American bipolarity that exists in Texas and in El Paso, which is exactly what we needed for this project. CIMI is a chingon,” said director Everardo Gout.

CIMI is a border artist whose work honors the Chicanx experience, pays tribute to his Mexican ancestors and reflects his life experiences of growing up in El Paso’s Segundo Barrio. He began his artistic career as a graffiti artist and his work can be seen all over El Paso and beyond.

In addition to honoring his barrio’s history, he’s committed to nurturing new artists, which is one of the reasons he co-founded Kalavera Culture Shop, an artist hub in El Paso, where emerging artists can purchase art supplies at affordable prices and find an artistic community that upholds each other.