Yvonne Landin, a retired teacher from Corpus Christi, holds a sign as retired teachers gather at the Teacher Retirement System (TRS) building in Austin on July 26, 2018. Bob Daemmrich for The Texas Tribune

After teaching for 36 years in the Rio Grande Valley, Rosalva Reyna looked at her pension and health plan in July 2016 and decided she could live a comfortable life and finally retire.

Reyes thought “no more work.” But that quickly changed, she said.

Texas has a number of retired teachers now worried that their pensions may be lowered next year. The state’s Teacher Retirement System board voted on Friday to lower the expected rate of return on investments, meaning the state is predicting it will earn less money to use for benefits. Retired educators said they are now looking to the Legislature to make sure more funding is secured for the TRS pension fund in light of Friday’s vote.

At a time when the cost of living is rising, retired teachers are trying to survive within their fixed incomes — which has been difficult, according to several retired teachers who testified at the board meeting. The board’s decision to lower the expected rate of return on investments could signal a potential decrease in pension benefits and contribution rates, which are set by the Legislature — and retirees are looking to lawmakers to help offset the new expected rate, said Monty Exter of the Association of Texas Professional Educators.

“The burden is now on the Texas Legislature to step up and provide the necessary funding to ensure actuarial soundness of the pension fund and give educators peace of mind that they will not face cuts in their pensions,” Exter said.

The decision to lower the rate was based on estimates from financial experts who predicted how the rates would operate in future economic situations. Exter acknowledged that the board had a “fiduciary duty” to make decision on the fund based on advice from experts.

“We have looked at a variety of forecasts,” said Brian Guthrie, TRS’s executive director. Guthrie added that it’s the board’s responsibility to look at what actions to be take in light of updated financial forecasts, a system of determining how current and future fiscal situations could impact policy and other decisions.

Despite the board’s decision on Friday, Ted Raab of the Texas American Federation of Teachers said he’s confident legislators will provide additional funding after the healthcare increases and budget cuts.

“We’ve known for many months that it was very likely that the board was going to lower their assumed rate of return,” he said. “We’re going to be taking our message to the Legislature that they need to make a substantial increase to the state contribution to the pension fund and also to health care for retirees and for other teachers.”

Raab said they already have allies in the Legislature like state Rep. Terry Canales, D-Edinburg, who has already asked Gov. Greg Abbott to make funding for teacher retirees an “emergency item” for next session.

“My local teachers, who are on a fixed income, are now paying hundreds of dollars more a month (sometimes more) for healthcare services and essential medications,” Canales wrote. “These Texas teachers, who have dedicated their lives to public service, have increasingly had to make a choice whether to pay their mortgage, buy groceries, or pay for their potentially life-saving medications.”

Among states that only pay into a pension plan, and not Social Security, for retirees, Texas is dead last in teacher retirement funding — and puts little more than the required minimum into the fund.

Retired teachers were moved to political action last summer, urging lawmakers to patch up an underfunded healthcare program with soaring deductibles and out-of-pocket costs. The Legislature added funding to the program, but it wasn’t enough to entirely tamp down the costs for most retirees.

But Reyna said she saw deductibles rise after the Legislature’s decision, which has caused her to struggle to pay her health care costs.

Under her current health care plan with the state, Reyna has a deductible of $1,500. But her premium for a year is $2,400 — and her medical bills and doctor visits total $1,048. That means Reyna is paying $3,448 out of pocket for healthcare — on top of her deductible — until her Medicaid kicks in in four years.

Lawmakers say the uncertainty surrounding the budget makes it hard to allocate better benefits for educators. Many teacher retirees are already strategizing to get on lawmaker’s radars in order to secure the funding they need to keep their pension stable.

“Every candidate and every legislator needs to understand the contribution that retired school employees made and the obligation the state has to keep those promises,” Raab said. “There’s an entire community across Texas that supports public education and understands that keeping our promises to retirees is a part of that.”

Although the next step for many teacher retirees is to start the fight for funding at the Legislature, Rita Runnels said retirees just want “respect” from lawmakers when it comes to basic survival.

Disclosure: The Association of Texas Professional Educators has been a financial supporter of The Texas Tribune, a nonprofit, nonpartisan news organization that is funded in part by donations from members, foundations and corporate sponsors. Financial supporters play no role in the Tribune’s journalism. Find a complete list of them here.

Op-Ed: Teaching With Technology Should Not Be... 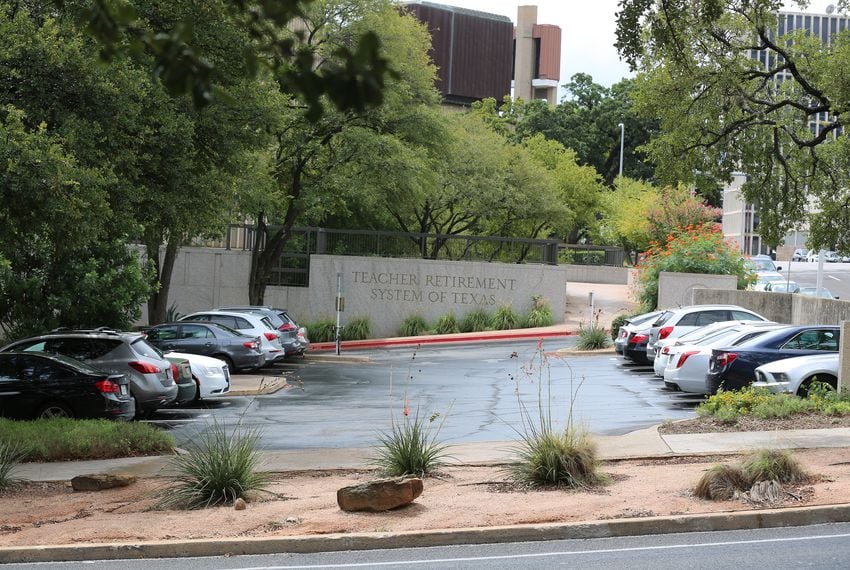