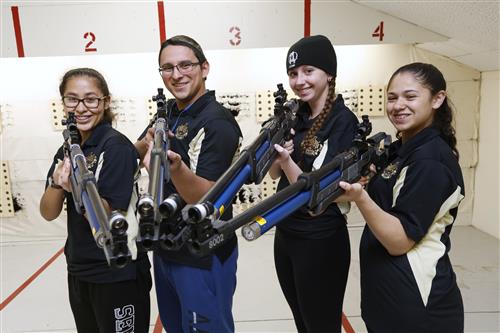 That’s why it was important for them to compete and perform well in the 2019 JROTC All Services Regional Competition against schools from Texas Georgia, Florida, North Carolina, South Carolina and Alabama earlier this month.

“We are extremely proud of the work that is happening in Austin with the riffle team,” said Velton Locklear, EPISD’s JROTC coordinator. “This is the first time Austin competes at this level and it is impressive that they were able to place this high.”

The Panthers placed among the top 10 teams in the Central Region in which they competed. Their score also helped them place at No. 11 in the national overall standings.

The event took place in Anniston, Alabama, and included JROTC programs from the Army, Navy, Air Force and Marines.