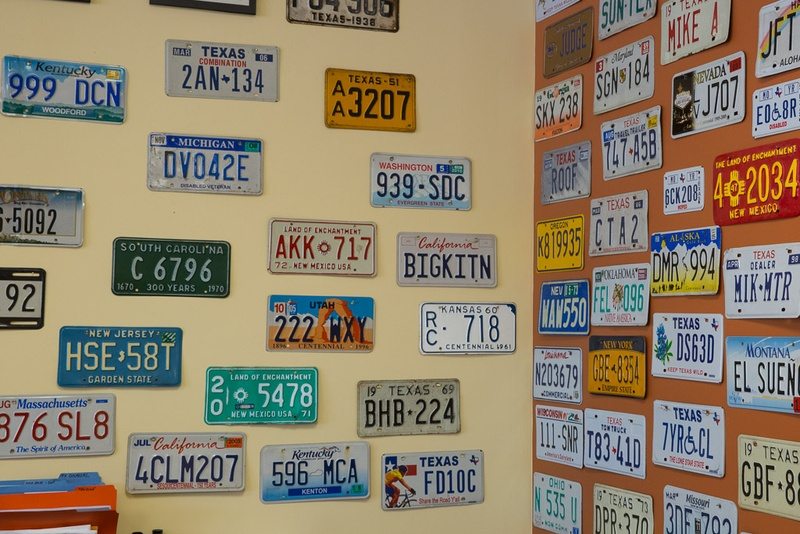 In June, the DMV Board approved changes that prevent private title service companies from charging a service fee of more than $10 for registrations and $20 for title services. The move came three years after the Texas Legislature adopted rules allowing the Texas DMV to more closely regulate private auto title companies and determine how much they should be able to charge for their services. Those private companies charge an extra fee for services that are also offered at the local county office.

“They’re cutting us off at the knees,” said Sharon Fry of Fry Auto Title Services, who is among those suing the state. “They’re reducing our revenue, and they’re also saying any other service that we provide we’re not allowed to charge one penny more … We are being forced out of business.”

Fry and her husband have owned and operated their Austin business since 1998. They charge a $10 service fee for registration renewals and up to $40 for title transfers, but that will change when the restrictions go into effect Jan. 1.

The Texas DMV had not been served with the lawsuit, department spokesman Adam Shaivitz said Friday. The suit was filed Wednesday in Travis County district court.

There are 37 such companies in the state deputized by counties to perform the services often done by county tax assessor-collectors, Shaivitz said. The companies operate only in Bexar, El Paso, Hidalgo and Travis counties, he said.

The Travis County and Bexar County tax collectors estimate the companies handle one-third of the title and registration transactions in those counties. According to the lawsuit, “It would cost local taxpayers millions of dollars to add personnel and equipment to the tax offices to handle those transactions.”

Bill Aleshire, a lawyer for the companies suing the state, said people turn to the private companies despite their higher fees because of their convenience, location and customer service. He estimates the companies have been in operation for 55 years without the state ever regulating their fees.

“Customers choose to go to my clients knowing they’re paying extra,” he said.

According to the lawsuit, more than 12,000 private companies’ customers signed cards and petitions opposing the DMV’s price limit rules.