Although skittish at first, Albus soon accepted Cammy Montoya and clings to her in the nursery. (Courtesy Photo/Cammy Montoya)

I had been looking for volunteer opportunities in Africa for about 12 years; a place where I could make a difference and work hands-on with animals.

I stumbled upon the Center for Animal Rehabilitation and Education (C.A.R.E.) site and really liked what I read, so I saved it on my computer. Over the years, I would visit the site and each time I felt more connected to their cause.

This year I turned 50 and feeling as if I was going through a “mid-life crisis.” I wanted to participate in something extraordinary where I was part of something bigger than myself. I made a decision that I was going to pursue this opportunity to volunteer at C.A.R.E in South Africa.

I contacted the organization and scheduled a date. I was extremely nervous and excited. I started to plan my trip, which included several airline reservations, special clothing for the work I would be doing, and several vaccinations so I wouldn’t contract a deadly disease while I was there.

C.A.R.E. was established in 1989 as a wild animal rehabilitation center by the late and world renowned Rita Miljo. Rita was an incredible, indomitable woman who took on the problems of the Chama baboon, providing them with a safe haven and a method to rehabilitate them for release back into the wild.

Rita’s pioneering successes soon led to C.A.R.E. being South Africa’s largest and longest standing rehabilitation center for baboons, located near Phalaborwa in the Limpopo region. Rita is often referred to as the Jane Goodall of baboons and is quoted as saying, “Why wait until a species is on the brink of extinction before we try to help?”

I left November 1 and arrived three days and 9,800 miles later in Phalaborwa. When I arrived we were the only plane in the entire airport. The airport was so tiny that I didn’t have to walk far to find the C.A.R.E. volunteer who was there to pick up new volunteers.

There were a total of four new volunteers on my flight. C.A.R.E. volunteers come from all over the world: France, Scotland, England, Mexico, Spain, Germany and Canada to name a few. We were informed that we would drive another hour before arriving at our final destination.

But first we had to make a stop to pick up George Waste, a nickname given to the old and moldy fruits and vegetables a local grocer gives to C.A.R.E. for free to feed the baboons.

We drove for about 30 minutes and eventually turned down a dirt road headed to C.A.R.E. About 15 minutes later, we stop at a checkpoint where government officials take our passports and record our information. This is to keep track of everyone who goes in and out of this area adjacent to the Kruger National Park.

As we wait for them to finish, I see a sign with a person walking with a slash through it surrounded by photos of a lion, water buffalo, hippo and elephant. We are reminded to never walk in this area because there are dangerous wild bush animals that we could come in contact with.

A few minutes later we arrive at C.A.R.E. It is a small compound surrounded by an electric chain link fence. Off to the side we see a few elephants looking for food. I am awe struck by the fact I am going to be living alongside wild bush animals for three weeks in the middle of nowhere.

I’m shown to my room in Volunteer Village and introduced to my roommates. I have two of them, Carolyn, a 72-year-old flight attendant from Canada, and Rika, a 23-year-old wanderer from Germany. I am grinning from ear to ear with absolute joy and I say to myself, “I can’t believe I’m here!”

I’m told that there are three babies in the nursery. I am elated!! I knew 10 months ago when I started planning my trip that there is no guarantee that there will be baby baboons at the facility while I’m there.

I have to wait 48 hours before I can work in the nursery to make sure I don’t have any kind of cold or flu type of sickness that I could potentially pass on to the babies. Baboons share 94 percent of human DNA and can catch colds and flu from us.

Over the next couple of days I was briefed on what to expect while I’m at C.A.R.E., how to interact with the babies and safety precautions to be taken while walking along the compound and outside the gate near the enclosures housing about 450 baboons. Each enclosure contains a troop of baboons, rescued and rehabilitated, ready to be released into the bush once a site is available.

Every night the work schedule is sent out to all the volunteers. We worked 10-hour days and the schedule listed what tasks we were assigned to every hour.

Tasks include preparing milk bottles, cleaning the kitchen, cleaning enclosures, cooking and preparing food for the troop baboons, making enrichments, laundry, cleaning the chicken coop, and my favorite part of the day, taking care of the babies in the nursery.

We were briefed on how to take care of the babies while we are watching them in the nursery. Each baby baboon comes to C.A.R.E. traumatized. They have been orphaned, which means their entire troop was slaughtered, or their mom was killed in some other horrific way.

The baby baboons often have severe anxiety and can’t sleep. They are not there for us to play with, we are there to feed and nurture them and help them to feel safe. I was also taught specific baboon “language” to communicate with the babies.

My first day in the nursery was profound. I had waited years to have this experience and here I was sitting on the ground feeding a baby baboon, as he is falling asleep on my lap. I choked back tears. I never expected to be moved in such a way.

His name was Gauthier and he only had one arm. An adult baboon had ripped off his left arm and the C.A.R.E. veterinarian was able to sew the wound shut. Gauthier was in the nursery healing from his injury before he could reunite with his mom. Gauthier was not an orphan. He was the result of a freak accident. This was an anomaly.

Gauthier was learning how to navigate around the nursery with three limbs, constantly falling over and getting upset. He never gave up, he just kept trying to figure out how to climb and interact. I was so impressed by this little baboon who would roughhouse with the other two babies, and even though they usually pinned him down, he would fight his way back up.

The other two male baby baboons were Prince and Albus.

Prince was the oldest one. So sure of himself, quirky and mischievous. Albus was very skittish and didn’t take to me right away. He had severe anxiety and was only comfortable with a couple of people in the nursery and his human surrogate mom.

Eventually Albus warmed up to me and would often sit on my shoulder while eating some vegetables and watching the others play.

We also monitored and recorded data on the babies in the nursery. It was very important to know if they were progressing or digressing. After each shift we would update their charts with how much milk they drank, how much food they ate, what their demeanor was like and if they were pooing and peeing regularly.

I was fascinated watching the babies interact with each other and the volunteers. I never got tired of being in the nursery. It was the best part of my day.

Their surrogate human mom would drop them off at the nursery in the morning, and just like little kids being dropped off at day care, they would cry and run to the door as their mom was leaving. They would be upset for a few minutes. We would console them but then they would see the other babies running around and playing and they would join the fun.

Eventually I could tell when they were upset, hungry, tired or if they just wanted to play. I was able to communicate with them through lip-smacking and other variations of grunting noises.

After 21 days of communicating with the baboons I found myself lip-smacking at a human baby I saw while out and about visiting the local area. I giggled to myself.

When an orphaned baboon is brought to C.A.R.E., it is assigned a human to bond with as a surrogate mom. Once the baby is a little older, they are bonded with a baboon mom from one of the existing troops on the premises, eventually becoming part of that troop.

I was impressed by the process developed by Rita and her predecessor over three decades. It worked, time and time again.
It was such a privilege to be part of this organization. I was humbled by the long days, hard work and vegan food I was forced to eat.

I loved being part of a tribe that suited up and showed up every day, every hour because we all depended on each other to get the job done. And, we were all passionate about getting the job done and doing the best we could for all of the baboons.

This experience changed my life. I don’t see through the same lens any longer. My perspective is forever shifted. I feel like a new person. 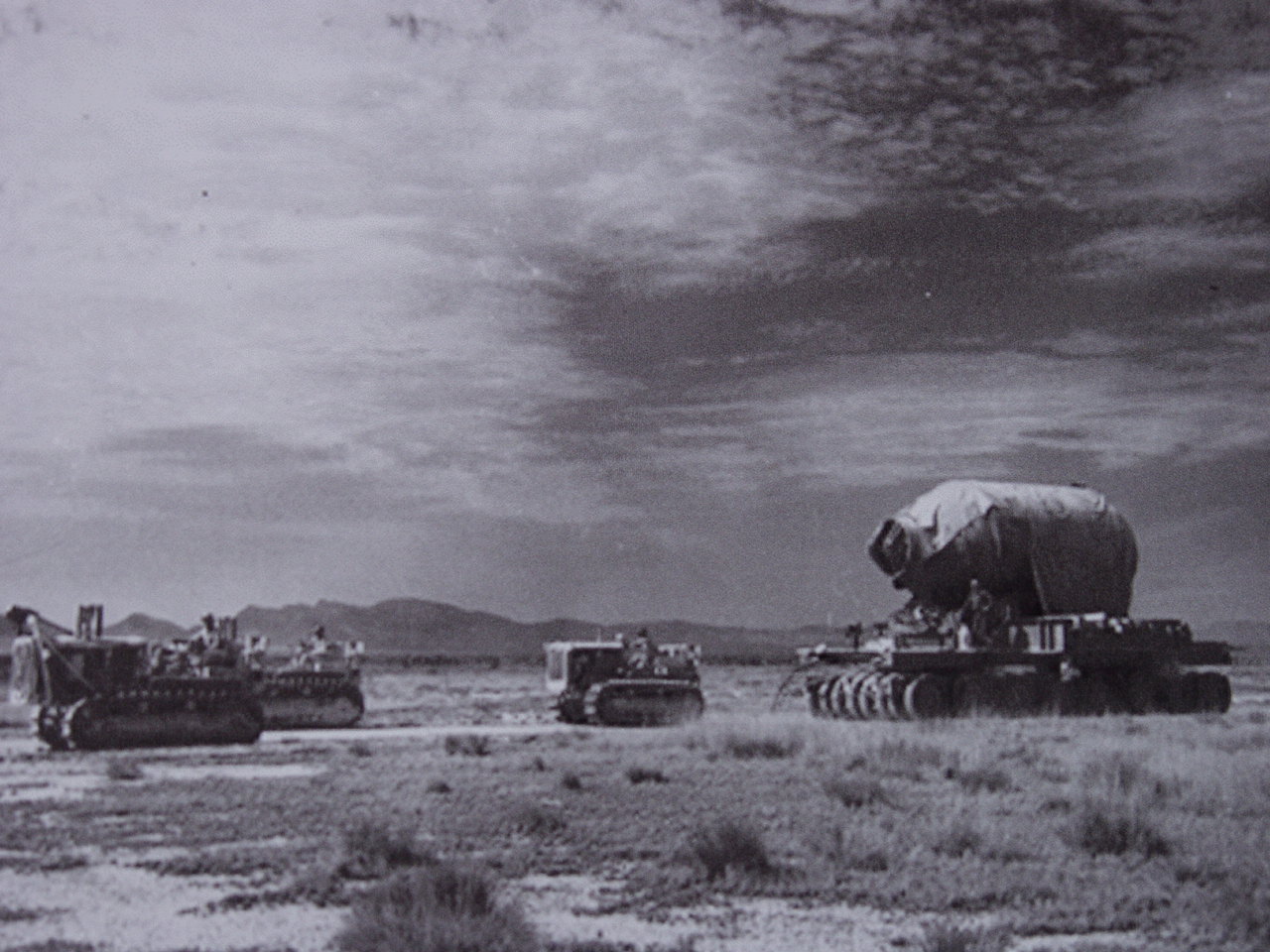 NM Museum of Space History ‘Behind the...