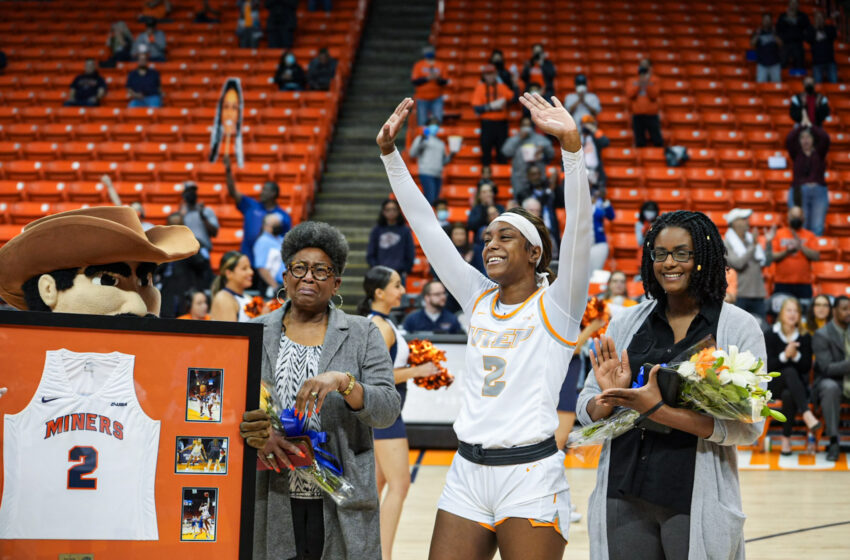 The coaching staff for the UTEP women’s basketball program will have a new look for the 2022-23 season, head coach Kevin Baker announced on Thursday.

Current staff members Heather Karner and Lexi Murphy have each received promotions, while former Miner Teal Battle is set to join the staff as a graduate assistant. Karner will remain an assistant coach while adding the title of director of player development. Murphy moves from the director of basketball operations position to an assistant coach role in which she will also serve as the recruiting coordinator.

Karner is set to begin her fourth season in the Sun City later this year where she has played a key role in shaping the UTEP roster as the recruiting coordinator. During the 2020-21 campaign, Karner helped guide the Miners to the semifinals of the 2021 Conference USA Championships. She played collegiately at Western Nebraska Community College and Youngstown State before going on to play professionally overseas.

“Heather does a great job with player development and she will flourish in her new role,” Baker said. “She has been on staff with us for three years now and has earned the chance to move up and build her resume. Heather has grown so much over the years and I look for even more development in her coaching skills as we move forward.”

Murphy, in her second stint in El Paso, will step into an assistant coaching position while taking on a key focus in recruiting with the program. She was a part of the coaching staff that led Texas A&M Commerce to a 27-5 season last year. Murphy previously played for Baker at Angelo State and was first with the UTEP program from 2017-20.

“Lexi has always wanted the chance to move up in to a coaching role here at UTEP,” Baker said. “Part of the reason for her return to the Borderland was that she knew she would be promoted if we had an opening on our staff. The opportunity came and Lexi will now be in charge of recruiting. She is ready for this new challenge and she will do a terrific job. Lexi has all the tools necessary to be a top-notch recruiter at the Division 1 level.”

Battle moves into a graduate assistant position after concluding her collegiate career with the Miners this past season. A native of Millington, Tenn., she started 25 of the 27 games that she played in during her lone season in El Paso, averaging 8.7 points and 5.4 rebounds per game while also being named to the Conference USA Commissioner’s Academic Honor Roll. Prior to UTEP, Battle spent four seasons at Arkansas Little Rock where she was a two-time All-Sun Belt performer and a two-time Sun Belt Conference champion. She scored the 1,000th point of her collegiate career on Dec. 19, 2021 at New Mexico.

“Teal will do very well with the transition from player to coaching staff,” Baker said. “She is a very intelligent and mature young lady. She has what it takes to be an excellent coach if she chooses to stay on that path. We are looking forward to her leadership, advice and her ability to help her former teammates from a graduate assistant position. The future is bright for Teal. This will be a great starting point for her to get her career going.”

After three seasons on the sideline with the Miners, Anthony Anderson has taken an assistant coach position at SMU.