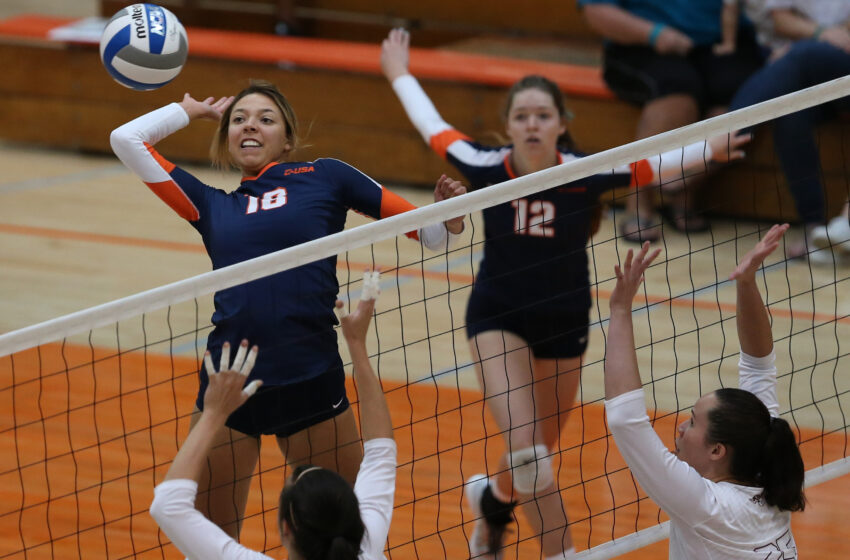 This is the first weekly award of the sophomore’s career.

“I am so proud of Kylie,” head coach Holly Watts said. She has been working extremely hard and it is great to see a reward from a great weekend.”

Baumgartner led the Miners to a perfect 3-0 weekend, keeping their chances for a C-USA Championship berth alive. The sophomore provided a dominant performance in a 3-1 win over Florida Atlantic with 11 kills at a .421 hitting percentage combined with 12 blocks, the most of any C-USA player in a conference match this season. Her 17.0 total blocks over the weekend pushed her into fifth place among C-USA leaders in blocks, averaging 1.01 per set.

The Miners will return to action on Thursday as they prepare to face Marshall in Huntington, W.Va. UTEP will clinch a berth in the conference tournament with a win over the Herd.

UTEP Volleyball opens 2020 with scrimmages at...