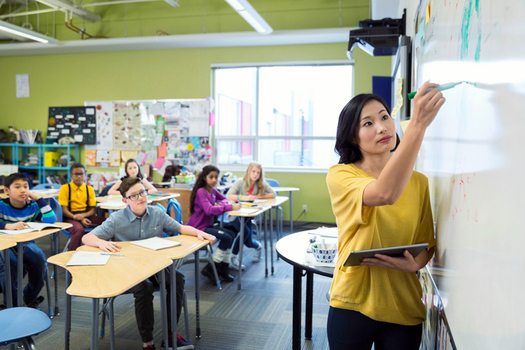 AUSTIN – A state legislative committee will consider a proposal that would allow climate-change denial to be taught in Texas public schools.

Texas is among several states considering laws that would block state and local school officials from limiting teachers to lessons using evidence-based science.

“In essence, it says a teacher can bring any theory they like into the classroom, and their superiors at the school or at the state level are powerless to stop them,” he says. “And it specifically singles out evolution and climate change.”

In addition to Texas, similar bills are under consideration in Oklahoma, Arkansas, Iowa, Alabama, Indiana, Florida and South Dakota.

Medina says a hearing on HB 1485, sponsored by freshman Rep. Valoree Swanson, is set today in the House Education Committee. Swanson did not return a call requesting a comment.

Medina believes the bill is part of a trend to make it easier for teachers to present climate science and evolution as controversial ideas rather than settled science.

He adds that backers say it is not designed to promote religious doctrine, but that opponents of science-based instruction have used the “academic freedom” approach in the past.

“For years, the term ‘strengths and weaknesses’ have been used by the creationist movement to attack evolution,” he explains. “This is an end run, around not just the state board of education but school administrators that might want to teach just accurate, sound science in the classroom.”

Medina says the Texas Freedom Network will be among a dozen or more groups and individuals speaking against the bill at today’s hearing. If the measure is approved by the committee, it must be passed by the full House and then the state Senate.