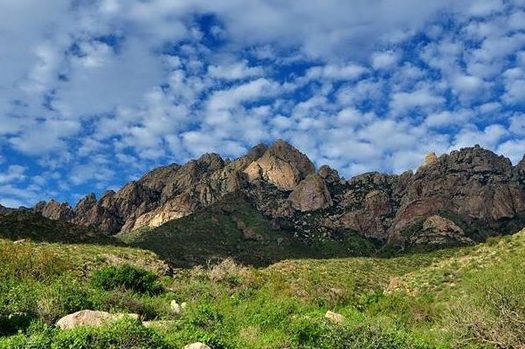 The measure, co-sponsored by Sens. Tom Udall and Martin Heinrich,, both D-N.M., would designate wilderness areas within the Organ Mountains-Desert Peaks National Monument, giving those areas a higher level of protection. Udall said specific steps must be taken to designate the area as wilderness.

“The president can designate a monument; wilderness has to be done by the Congress,” he said. “That’s what our bill is all about, is to take these Wilderness Study Areas, do an evaluation and try to create wilderness where we think it’s appropriate.”

A broad coalition of sportsmen, Native Americans, business leaders, veterans, civic groups, elected officials and others have been advocating for wilderness protection for the area for almost a decade. The bill would set aside eight wilderness areas totaling more than 240,000 acres within the national monument.

Activities such as hunting, livestock grazing, hiking, camping, horseback riding, firefighting, law enforcement and border security all would continue on the wilderness acreage. John Cornell, president of the Doña Ana County Associated Sportsmen, said the area would be tailor-made for his group.

“We kind of welcome that backcountry experience where we can have a place to hike back into, and we don’t have to worry about a bunch of four-wheelers or pickups driving by, or invasiveness by people,” he said, “that we can get back and do what we like to do.”

Carrie Hamblen, chief executive of the Las Cruces Green Chamber of Commerce, said she thinks the wilderness designation is critical to drawing more tourism to the region.

“It provides a little bit more protection for special areas within the monument that have unique habitat, have unique plant life; and also is an opportunity to confirm solitude there,” she said.

Hamblen said a poll commissioned by the Chamber shows that 78 percent of Doña Ana County citizens support designating wilderness areas within the national monument. The poll is online atlocallascruces.com

Support for this reporting was provided by the Pew Charitable Trusts.