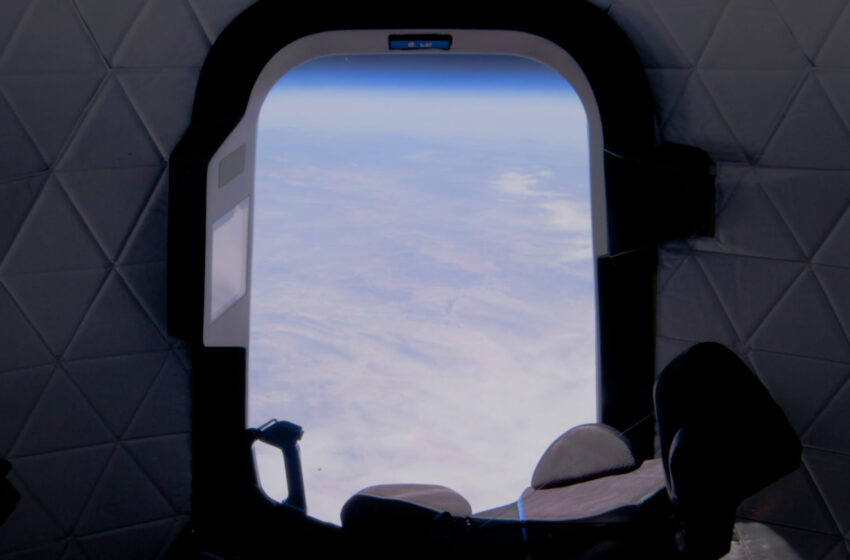 View from the window of New Shepard, during a test flight | Photo courtesy Blue Origin

Saturday morning, Blue Origin concluded the online auction for the very first seat on New Shepard with a winning bid of $28 million.

The winning bidder will fly to space on New Shepard’s first human flight, and will join Blue Origin founder, Jeff Bezos, and his brother, Mark.

Company officials say he winning bid amount will be donated to Blue Origin’s foundation, Club for the Future, whose mission is to inspire future generations to pursue careers in STEM and to help invent the future of life in space.

The name of the auction winner will be released in the weeks following the auction’s conclusion. Then, the fourth and final crew member will be announced—stay tuned.

To watch a replay of the live auction broadcast, click here.