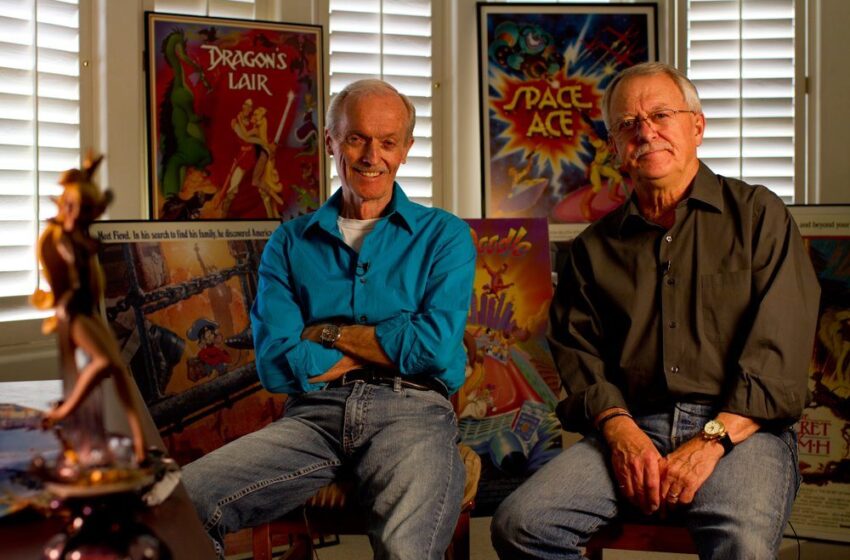 Bluth and Goldman will appear for an on-stage interview before a screening of their 1982 animated hit The Secret of NIMH at 1:30 p.m. Saturday, August 12 in the Plaza Theatre. They also will sit down for a Q&A during PCFF’s free, annual Filmmaker’s Brunch at 11 a.m. Sunday, August 13 in the Foundation Room, located at 333 North Oregon.

A retrospective of their movies — including Banjo the Woodpile Cat, An American Tail, The Land Before Time, Anastasia, All Dogs Go to Heaven, and Titan A.E. — will be shown during the Plaza Classic Film Festival.

The 1980 movie Xanadu, which includes a two-minute animated sequence by Bluth & Goldman, also will be shown.

As a boy, Bluth wanted to work for Walt Disney Productions after seeing the 1944 reissue of Snow White and the Seven Dwarfs in El Paso. His family later moved to Utah, then California. Bluth worked with Watsonville, California native Goldman on several Disney movies. They left in 1979 to start their own independent animation company with fellow animator John Pomeroy.

They currently are working on a movie version of their popular ‘80s arcade game Dragon’s Lair.

The Plaza Classic Film Festival’s seventh annual collaboration with the El Paso Museum of Art includes the exhibition An American Animator, Don Bluth. It features nearly 50 of Bluth’s drawings, sketches, animation cels and other examples of his hand-drawn animation style. They are on loan from the Savannah College of Art and Design, to which they donated their animation archives from several films.  It will be up July 1 through September 7 in the Peter and Margaret DeWetter Gallery.

Bluth & Goldman’s last six movies, including Thumbelina and Anastasia, will be shown for free in the museum’s auditorium.