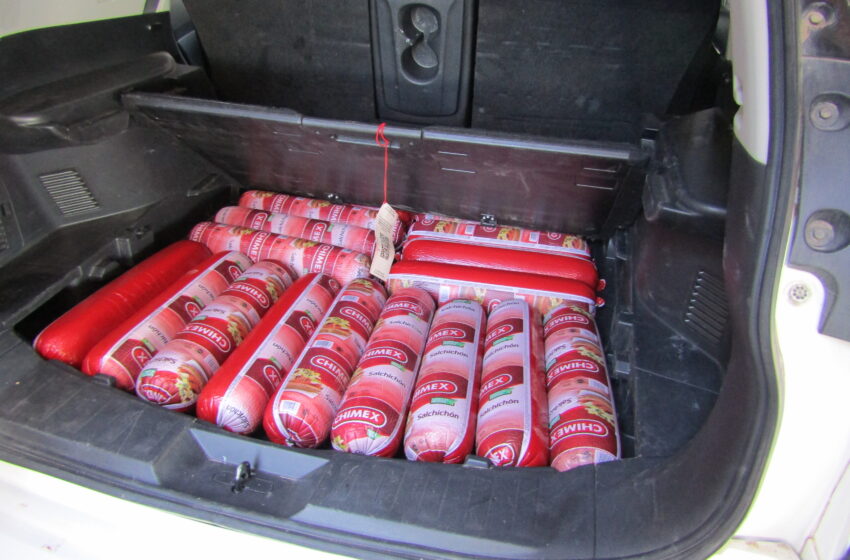 CBP officials share that bologna is a prohibited product because it is made from pork and has the potential for introducing foreign animal diseases to the U.S. pork industry.

“It is important that travelers understand they should declare all items they are transporting from abroad to avoid fines and penalties. A properly declared prohibited item can be abandoned at the port without consequence,” said CBP Columbus Port Director Tony Hall.

According to CBP officials, the seizure was made at 8 a.m. on February 7 when a 2019 Nissan Rogue entered the port from Mexico.

CBP officers performing an inspection spotted multiple red rolls in the trunk/hatchback area of the vehicle. Additional rolls were found hidden inside luggage. The weight of the contraband meat was 194 pounds.

The bologna was seized, destroyed, and the driver – only identified by CBP as driven by a 49-year-old legal permanent resident from Albuquerque – was assessed a $500 civil penalty.

CBP Officers Arrest 34 Fugitives Since the...