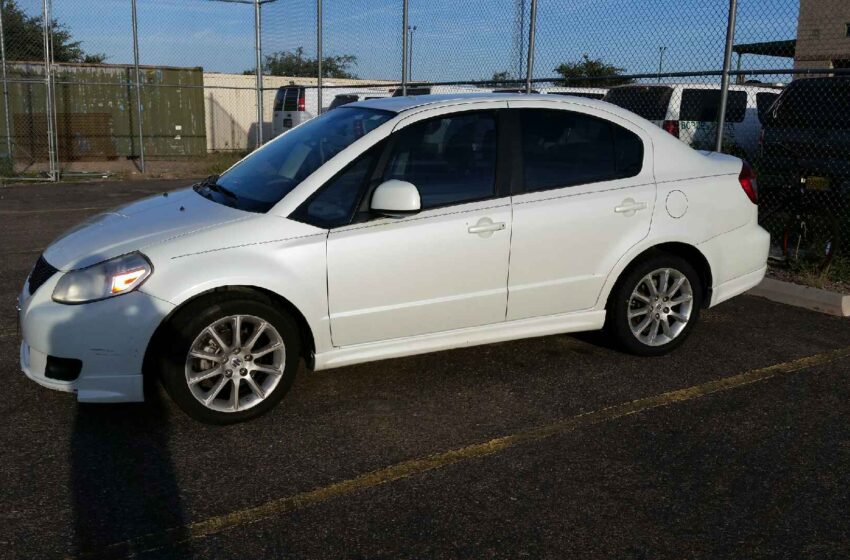 Border Patrol agents arrest four suspected smugglers and snag $209,120.00 in marijuana in what was a very busy weekend for them.

When the men saw Border Patrol vehicles converging on the field, the four tossed their bundles into drainage ditch.  One of the men tried to hide in the desert brush, while the other three sprinted south back toward Mexico.  After a brief foot chase, agents apprehended all three men.

The fourth man, who was attempting to hide in a drainage canal near the large bundles, was apprehended with the assistance of a K9 unit.

The four were identified as 23-year-old Raul Antonio Alvarado-Lozano from Mexico, 20-year-old Christian Margarito Banderas-Peralta from Mexico, and 18-year-old Alexis Arturo Enriquez-Moreno also from Mexico.  Records checks revealed that the fourth subject was a juvenile, and was voluntarily returned back to Mexico.

The remaining three men and the illegal drugs were transferred to Drug Enforcement Agency custody, and the three smugglers are awaiting prosecution.

Later that night in Santa Teresa, 41-year-old Arturo Ocon-Garcia, of Mexico, was arrested immediately after entering the country illegally.  Border Patrol Agents from the Santa Teresa Horse Patrol Unit came across footprints headed north from the Mexico/U.S. border. They tracked the foot-sign about a mile north until they encountered five subjects from Mexico.

Among the group was Ocon-Garcia, a convicted criminal sex-offender with a criminal record. It was later revealed that that he was previously convicted for “Aggravated Criminal Sexual Assault/Aggravated Sexual Abuse”, in Chicago, Illinois.

Ocon-Garcia will be held pending criminal and removal proceedings.

Later that same night, a concerned citizen called and notified authorities that there were two people seen walking through the desert from the U.S./Mexico border.  U.S. Border Patrol Agents were dispatched to their last known location, while additional Agents began using night-vision technology to scan the area.

The responding Border Patrol Agents arrested two subjects in the desert who apparently had crossed the U.S./Mexico border illegally.  As Agents were arresting the two, a 2008 Suzuki sedan with two people drove up to the location.  Due to the time of day and the location that the Suzuki stopped, it was suspected the driver was there to pick up the two men who allegedly had illegally crossed into the country.

After the Agents placed the two men under arrest, they searched the vehicle and located a 9-mm handgun with a 30 round high-capacity magazine, along with more than $2,000 in cash.

The passenger, identified as 25-year-old U.S. Citizen Ricardo Rivera, was placed under arrest and is pending prosecution for 8 USC 1324 – Domestic Transporting. The driver was released due to his lack of knowledge about the smuggling scheme.  The agents seized the handgun, the high capacity magazine, the currency and the vehicle as part of the smuggling scheme