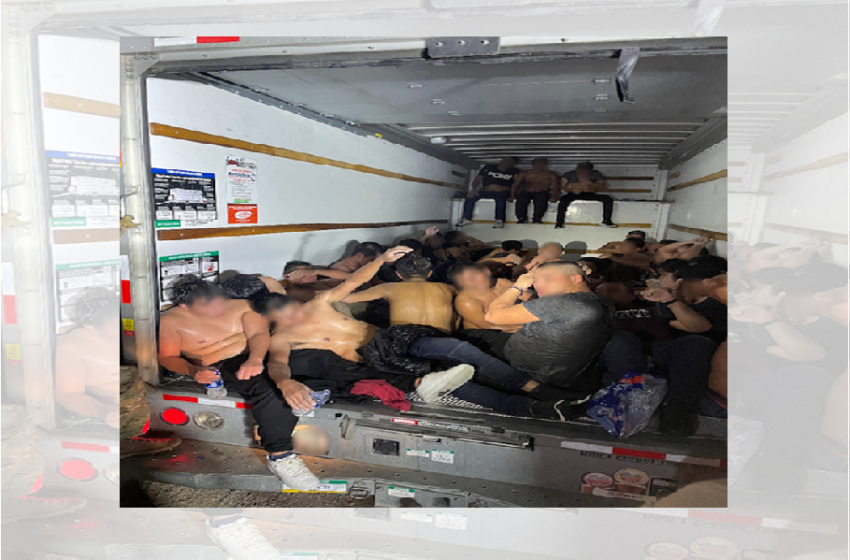 “Had our heroic agents not been able to free these trapped undocumented migrants, we could have seen 33 miserable deaths in this event,” said Big Bend Sector Chief Patrol Agent Sean L. McGoffin. “Smugglers do not care what type of misery they put people through as they take their money.”

According to officials, around 10 p.m. on Thursday, June 10, 2021, agents were tipped off to suspicious activity related to a possible human-smuggling scheme near the McDonalds restaurant in Van Horn, two hours east of El Paso.

“As agents opened the door to the truck, they found the cargo space crammed with 33 people who were close to perishing due to excessive heat and lack of fresh air in temperatures still hovering near 100 degrees,” officials shared.

In addition to regular agents, Border Patrol’s Special Operations Group (SOG) have trained emergency medical technicians embedded in the unit and were part of the response.

“Upon discovery of the precarious situation, SOG members immediately began triage operations to determine who needed transport to regional hospitals and who could be treated on-scene,” officials added. “Over the next few hours 12 patients were transported to regional hospitals while many more were evaluated and treated for symptoms of dehydration on-scene. There were no casualties.”

Border Patrol official add that all the migrants recovered from their heat-related injuries and were processed according to Big Bend Sector protocols.