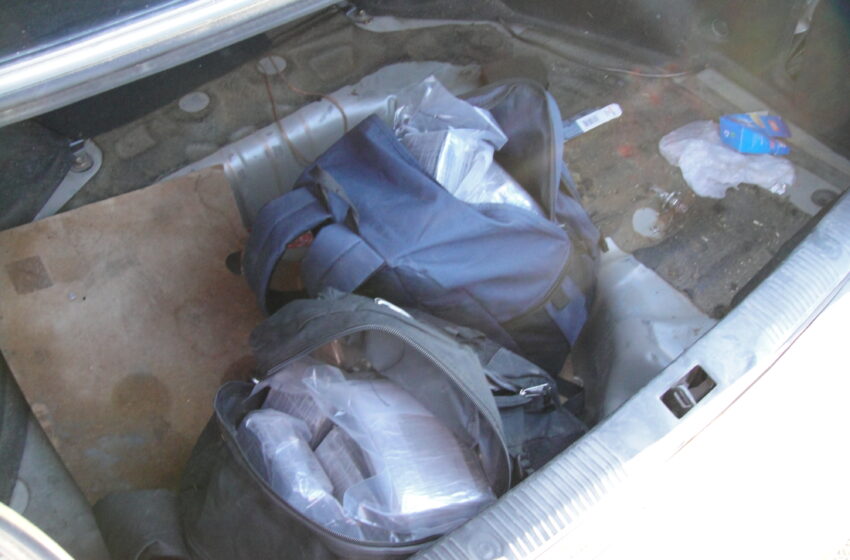 Border Patrol Agents assigned to the El Paso Sector made two large pot busts near the town of Santa Teresa, and a third in El Paso.

On Thursday, Agents from Santa Teresa spotted a Nissan sedan that was associated with a suspected smuggler operating in the area.  Agents grew increasingly suspicious after the vehicle kept driving around cattle pens adjacent to the U.S./Mexico border.

Agents stopped on the vehicle as it was traveling north, toward the Pete Domenici Highway. After the driver consented to a search of the vehicle, agents discovered 44 pounds of marijuana hidden in the trunk and the subject was arrested.

The driver was later identified as 21-year-old Marcos Hernandez, a United States citizen.  Hernandez and the marijuana were transferred to the Santa Teresa Border Patrol Station to further processing.  The value of the marijuana is estimated to be more than $35,000.

Hernandez  and the seized marijuana were then turned over to Homeland Security Investigations.

On Wednesday, September 23rd, Border Patrol Agents from the Santa Teresa Station came across three sets of footprints leading north from the U.S./Mexican border.  The prints led to an area where they discovered three burlap sacks full of marijuana.

Although no smugglers were found in the area, a group of illegal immigrants had been apprehended there the day before. The burlap sacks had a total of 159 pounds of marijuana, with an approximate street value of $127,000.

Shortly after 9:00 p.m. the same day, Agents from the El Paso Station came across a red SUV that momentarily stopped along the eastbound lanes of Cesar Chavez Border Highway, west of the Bridge of Americas Port of Entry.

Agents watched an unidentified male quickly exit the vehicle and hastily walk around the SUV, as if searching for something.  The subject, possibly aware that agents were approaching his position, then drove away. He was stopped by agents a short distance away, due to his suspicious behavior and proximity to the border.

The driver and vehicle were subsequently released without incident, but a search of the area where the driver stopped led to two abandoned backpacks. The backpacks contained 30 pounds of marijuana, valued at $24,000.

The abandoned pot was transported to the El Paso Border Patrol Station and is pending transfer to the Drug Enforcement Administration.