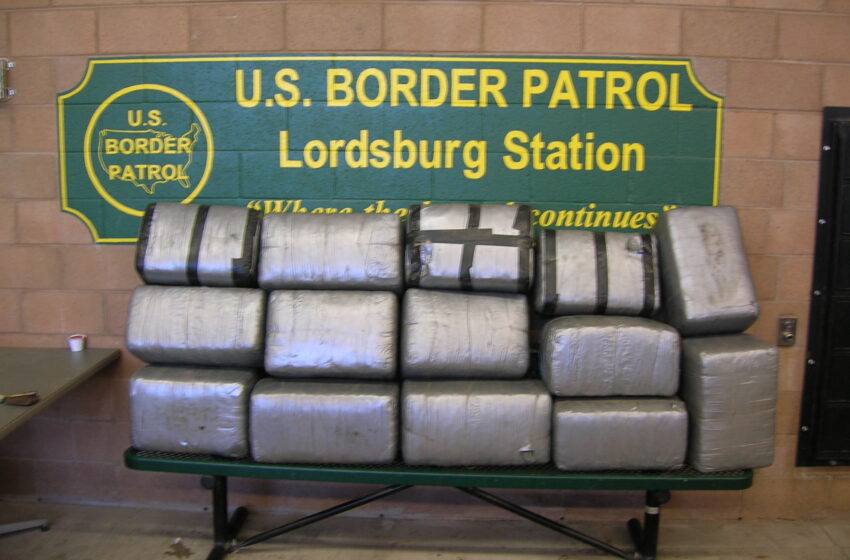 Tracking at night is an age-old skill passed along to each new generation of Border Patrol agents, and it’s still paying big dividends. Agents faced that challenge south of Lordsburg Tuesday night, and interrupted yet another drug smuggling effort.

Just before sunrise yesterday, agents using night-vision technology spotted seven people walking in the desert with large backpacks, heading north from the U.S./Mexico International Boundary. Agents closed in on the group and quickly apprehended all the subjects, and confiscated the backpacks they were carrying.

The packs contained what ultimately proved to be marijuana bundles. The contraband was seized and transported to the Lordsburg Station for further inspection.  The five backpacks contained 341 pounds of marijuana, which has a value of $273,280. The Drug Enforcement Administration was contacted and will take custody of the seven subjects from Mexico and the contraband.

Later that evening, Lordsburg agents using advanced night-vision equipment located five individuals carrying backpacks who were advancing north of the U.S./Mexico International Boundary. As Agents approached the area, the subjects tried to conceal themselves in the desert brush next to the barbed wire fence on the south side of New Mexico Highway 9.

All five individuals and their burlap-wrapped backpacks were rounded up and transported to the Lordsburg Border Patrol Station. The five burlap- wrapped packs contained 239 pounds of marijuana, valued at $191,520. The five subjects all from Mexico and the marijuana are in custody by the Drug Enforcement Administration.