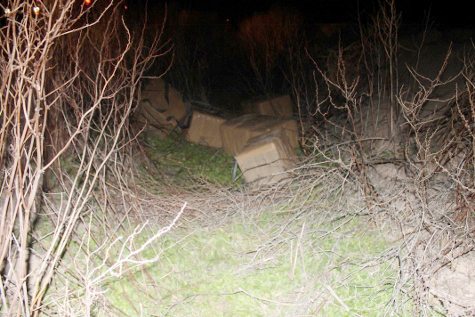 Five suspected smugglers and over $250,000 in marijuana are off the streets this Thanksgiving Day Holiday thanks to the ongoing efforts by Border Patrol Agents.

On Monday night, shortly after 9:00 p.m., Border Patrol agents performing surveillance duties in Clint, discovered footprints of five subjects trespassing through a family-owned orchard. Agents tracked the footprints to a canal north of the international border where five persons were found lying on the ground.

Agents ordered the subjects to stand and discovered that each subject was trying to conceal a large bundle of what appeared to be illicit contraband. The five bundles contained a total of 319.5 pounds of marijuana, valued at $255,600.

Records checks revealed that the fifth subject was identified a juvenile, and was voluntarily returned to Mexico.

The remaining four subjects and the illegal drugs were taken into custody by DEA, and are pending prosecution.