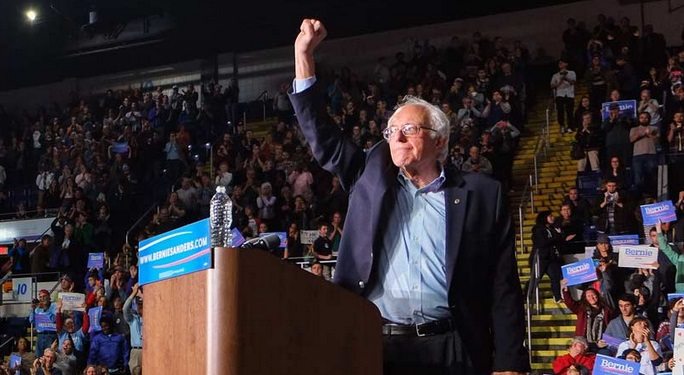 A group of dedicated El Pasoans has started an on-line petition to bring Democratic Presidential Hopeful Bernie Sanders to the Sun City.

Sanders, the Junior Senator from Vermont, is making headlines across the country with his rapidly-growing popularity and his equally rapidly growing campaign war chest.

According to the description on the petition’s main page, supporters want Sanders to visit El Paso because, “As a city with progressive views, it would be great to expand Senator Sanders’ support in Texas and New Mexico. The West Texas border for Bernie Sanders group of great volunteers works daily to expand support and would be delighted to host Senator Sanders.”

In addition to the petition, local Sanders supporters have two Facebook pages, that lay out the supporter’s passion in West Texas and in El Paso. This weekend, Sanders is set to speak to supporters in Tucson ahead of the first Democratic Debate scheduled for Tuesday, October 13th.

Here in Borderland, supporters have at least seven local viewing parties to choose from to watch the debate. Supporters have also scheduled a volunteer event for this coming weekend.  The story is much the same throughout the nation, as Sanders continues to attract supporters and donors at a record pace.

In recent polls, Sanders is outperforming former First Lady Hillary Clinton in the all-important states of New Hampshire and Iowa, setting up an interesting debate next Tuesday night. Just this past weekend, 32,000 plus supporters turned out to hear Sanders speak at a rally in Boston.