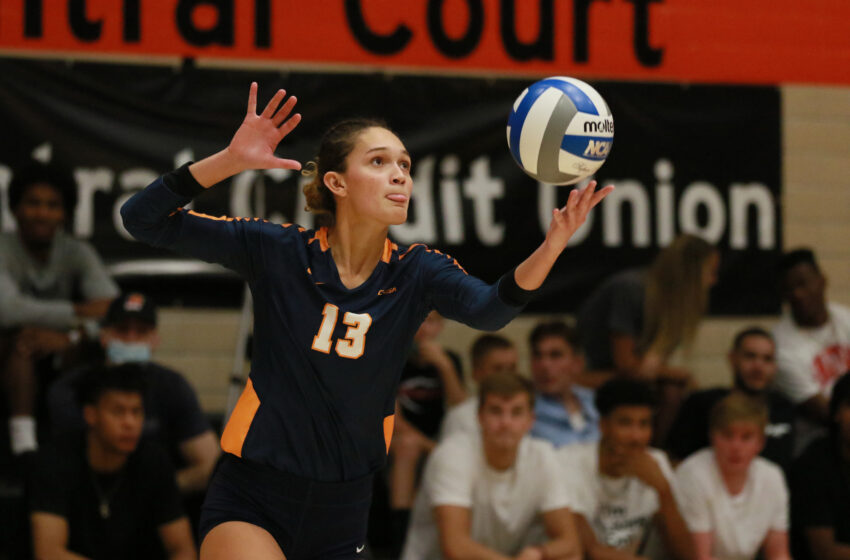 The UTEP volleyball team (3-0) has big challenges ahead with the Borderland Invitational with match-ups against power five programs this weekend.

The Miners are co-hosting the event with the Aggies.

“Our players are really looking forward to measuring themselves,” UTEP head coach Ben Wallis said. “I told them that the reality is Arizona, Northwestern and NM State will look to you on the other side of the net like Western Kentucky, Rice and Marshall. That’s why we’re doing this. You measure yourself this time of year to see how good you are, and where your issues are. (These opponents) are going to expose us to things we really haven’t seen yet.

UTEP will open up the Borderland Invitation by challenging Pac 12 foe Arizona at 12:30 p.m. MT Friday (Sept. 3) in Las Cruces, N.M., before facing off with Big 10 member Northwestern at 7 p.m. MT in Memorial Gym.

The Miners will be playing back-to-back matches against power five schools for the first time since the 2015 season when they lost to Oklahoma (9/12/15) and Texas Tech (9/12/15) in home matches three days apart.

For the matches in Memorial Gym, tickets are $8 and can be purchased through the Eisenberg Family Ticket Office by calling (915) 747-UTEP, emailing tickets@utep.edu, going online or in person at 201 Glory Road (Brumbelow Building, UTEP campus) Monday thru Friday from 8 a.m. to 5 p.m. Season tickets are also still on sale. Group tickets are also available for $5 (minimum of 10 tickets).

Searching For A Big Time Win

The Miners will be taking aim at their first victory against a power five opponent since they bested Baylor in a neutral-site match on Sept. 17, 2005. To find the last season that the Orange and Blue posted multiple wins against power five programs, you have to go back to 1995 when they notched victories against Virginia Tech (9/2/95) and Baylor (11/24/95). In fact it was the 1995 triumph against Baylor that was the last win in El Paso against a power five foe.

UTEP won its season opener for the first time since 2018, and just the second occasion since 2011. But the Miners were just getting going. They eventually picked up three victories in two days to claim the championship at the 2021 Bengal Invitational as hosted by Idaho State (Aug. 27-28). It marked UTEP’s first tournament title in 10 years. It also is the best start (3-0) since the Miners peeled off eight straight wins to begin the season in 2011.

UTEP has recorded back-to-back sweeps within the first three matches of the season for the first time since posting four straight sweeps out of the gates in 2009. After going to five sets in the 3-2 victory against UC Irvine (8/27), the Miners secured sweeps against both Seattle University and Idaho State on Aug. 28.

UTEP’s Yasso Amin, Alianza Darley and Kristen Fritsche were named to the All-Tournament team at the 2021 Bengal Invitational, with Amin landing MVP honors. Then on Aug. 30, Fritsche was voted as the C-USA Volleyball Co-Setter of the Week. She became the first Miner to earn the league’s Setter of the Week honor in six years, with Lindsey Larson last taking home the honor on Nov. 9, 2015.

Arizona is on the undefeated on the year, entering this weekend at 3-0. All three of the wins have been via the sweep, with each of the victories coming at home. It’s a strong start for a team that finished 10-11 last season, with all 21 of those matches being contested in the highly-competitive PAC 12. The Wildcats are hitting .301 as a team, and five different players have at least 10 kills. Jaelyn Hodge easily leads the way with a 38 (4.2 kills/set) kills. Emery Herman directs the offense with 84 assists (9.3 assists/set). Kamaile Hiapo sets the tone defensively with 47 digs (5.2 digs/set).

The Series Vs. Arizona

UTEP is 3-6 against Arizona, including most recently a 3-1 setback at the 2018 edition of the Borderland Invitational. The Miners secured the first ever meeting between the programs way back in 1975 when both schools competed within the Intermountain Athletic Conference.

Northwestern is 1-1 on the year after playing its first nonconference matches since 2019 at Northern Colorado and at Colorado State. Last year the Wildcats went 4-6 while exclusively playing Big Ten matches. Five different players have produced at least 10 kills for Northwestern, with a pair really setting themselves apart from the rest in Hannah Lesiak (32 kills, 3.56 kills/set) and  Temi Thomas-Ailara (31 kills, 3.44 kills/set). Alexa Rousseau quarterbacks the offense with 82 assists (9.1 assists/set), while five different players have amassed between 17-26 digs on the season.

The Series Vs. Northwestern

Friday’s match marks the first meeting between UTEP and Northwestern.

The Series Vs. NM State

New Mexico State leads the all time series with UTEP, 65-22, but it is just the second match-up against the Aggies under head coach Ben Wallis. The Miners will be vying for their first victory against NM State since 2012, which would also snap a nine-match skid against their I-10 rivals.

UTEP is off to a 3-0 start and is aspiring to post its second straight winning season, something it hasn’t achieved since back-to-back such campaigns in 2011 and 2012. If the Miners are able to finish above .500 in C-USA action, they’d lock up consecutive winning marks in league action for the first time since 1983 and 1984 when they were a part of the Oil Country Athletic Conference. Last year UTEP was 8-4 in conference play, with the .667 winning percentage the second highest in program history.

UTEP is coming off a historic season in Ben Wallis’s second year as head coach. The Miners locked up their first winning campaign since 2012. They also claimed their initial victory at the conference tournament since 2008, doing so as a No. 2 seed which was their best seed since 1984.