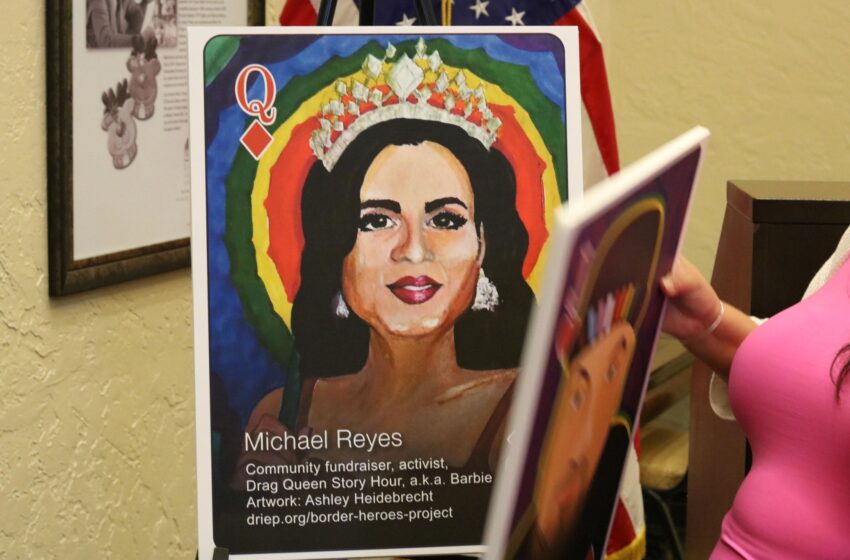 A display of one of the cards included in the LGBTQ+ Border Heroes deck featuring community organizer Michael Reyes, also known as Barbie.

Friday morning, the Borderland Rainbow Center released its new project to promote the figures who have fought for the El Paso LGBTQiA+ community through the form of a deck of cards.

The LGBTQ+ Border Heroes deck showcases the stories of activists and community leaders who have contributed to the growth and advocated for rights of the LGBTQiA+ and migrant community in El Paso.

The project came to life with the support of the Diversity and Resiliency Institute of El Paso and El Paso Community Foundation.

The deck is a representation of the history and years of fighting for the visibility of these communities. According to recent surveys younger generations identify more openly as queer, and feel safer to come out. This project reminds those younger generations the ones that came before them and carved the way towards equality and inclusion.

“By highlighting those that contributed to El Paso and Borderlands four educators can use these cards to give students access to historical information that will grant them a wider view of the people and events that shaped our region,” said Alison Westermann, the program director at BRC.

With the deck the BRC expects to create safe spaces for anyone within the spectrum and empower younger generations to have the freedom to express themselves.

“Dreams can happen by doing action”

Claudia Delfín, a local trans woman HIV awareness and outreach activist is now part of this legacy project, as the BRC recognized the work she has done for the community.

Delfín transitioned in the 80s, and as she described it came with a lot of challenges.

Through her experience, she utilizes her voice and advocacy work to help and inspire other LGBTQiA+ Paseños, while fighting for the creation of inclusive spaces in El Paso.

“I didn’t have that many resources, in my upbringing and my transitioning. I have to be as an activist, and advocate, I have to share my knowledge so other individuals that identify in the LGBTQI and hopefully they’ll also start in empowering other individuals,’’ said Delfín.

When asked about her hopes for the years to come and the acceptance of this community Delfín said she sees a society where there is no bias or stigma.

“[A space] where transgender individuals get the right adequate medical treatment, where the youth feel comfortable…where they don’t have to hide,” added Delfín.

Delfin described herself as a “goal setter,” and said anyone can accomplish their dreams, the way she has done during her entire career as an activist by believing in oneself. “Dreams can happen by doing,” Delfín said. “My heart speaks, and when my heart speaks, that’s when I [take] action and accomplish those goals.”

Izzy Mora, a community volunteer, expressed his excitement to see this project coming along as he was one of the contributors that helped it come to fruition.

As a gay man Mora, shared that he hopes this project will help other kids to find inspiration and see themselves represented.

“Growing up I would have loved to have had something like this to have some everyday people having role models,” said Mora.

Mora added that if children and youth see these role models, they will have that spark to do greater things when they grow up. “I think young people are struggling with their identity, and need to have this. And so in that way I see this as an educational component, but also a way to honor people who did struggle.”

The organizers wrapped up the event by reminding that work towards inclusivity is not an easy task, but it is a communal effort that as time passes it will keep showing results.

If anyone is interested in pre-ordering the LGBTQ+ Border Heroes go to this link. All the proceeds will support the programs and services of the Borderland Rainbow Center.

To view our previous stories on the Borderland Rainbow Center, click here. 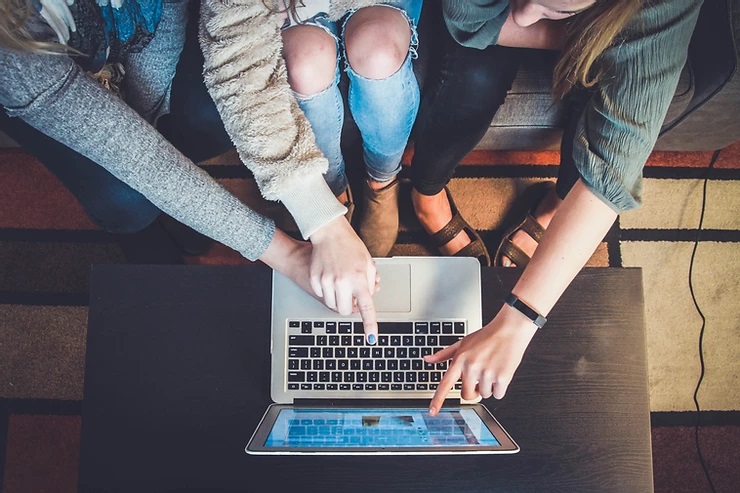 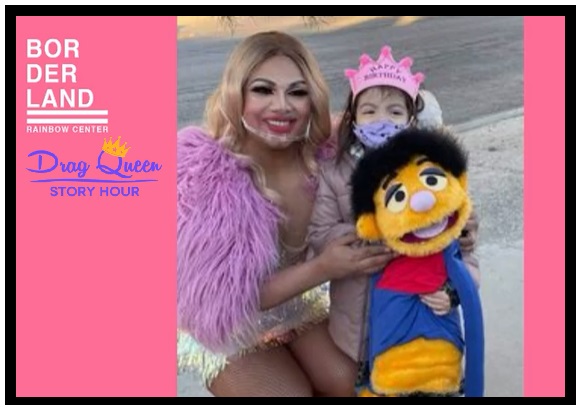 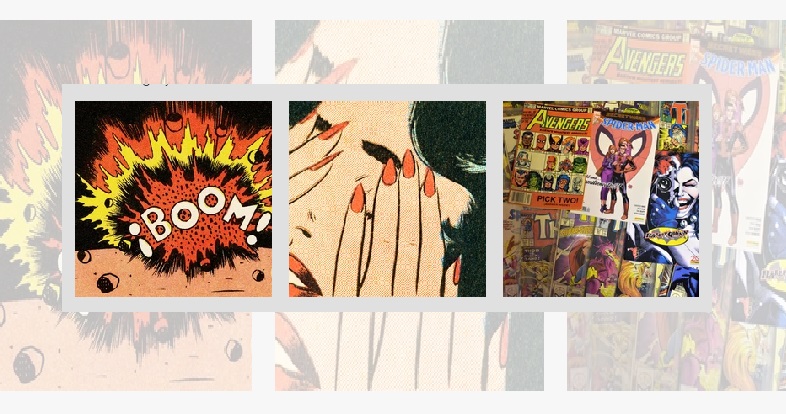