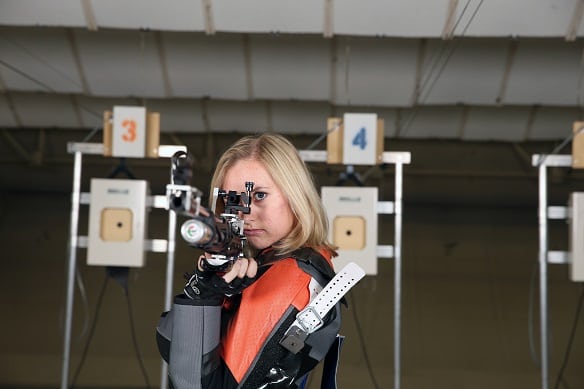 The UTEP rifle team wrapped up its two-match homestand by recording an aggregate of 4547 against Ohio State (4653) at the UTEP rifle range on Sunday.

The Miners shot 2247 in smalbore before picking things up a bit to finish at 2300 in air rifle.

“This weekend was a learning experience for the team,” UTEP head coach Austin Litherland. “Scores don’t always sync up to where you’re wanting them to go. We will go back to the range with a new mindset and work harder than ever to accomplish the goal we all have set.”

Sophomore Jessica Boyce led the Miners by registering an aggregate of 1150. She shot 566 in smallbore while posting 584 in air rifle.

Senior Maranda Nelson finished with an aggregate of 1130, tallying 559 in smallbore and 571 in air rifle.

Sophomore Samantha Miller checked in with an aggregate of 1119. She produced 550 in smallbore and 569 in air rifle.

UTEP will return to action when it competes at Nevada on October 13.