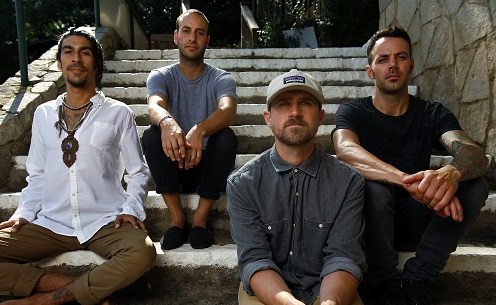 Following a successful summer of concerts, the alternative rock band Brand New has now embarked on a fall tour that will include El Paso.

The group, along with The Front Bottoms and Modern Baseball, will perform at 7:30 p.m. Nov. 3 at the El Paso County Coliseum, 4100 E. Paisano.

The tour, which kicked off Oct. 13, has been winding through the country, hitting almost two dozen cities. It will come to an end in University Park, Pa., on Nov. 12.

In July, Brand New released a trio of vinyl via its label, Procrastinate! Music Traitors. Included in the releases were a 7-inch featuring 2015’s lone single “Mene,” backed with the first and only release of “Out of Range;” a 12-inch of the band’s most recent single, “I Am A Nightmare,” which was named Best New Track by Pitchfork; and the 10-inch release of “3 Demos, Reworked.”

This summer, Brand New toured with the popular Modest Mouse, performing full headlining sets to capacity crowds across the country. Most notable for the Long Island band was closing the show at a sold-out Madison Square Garden in New York City.