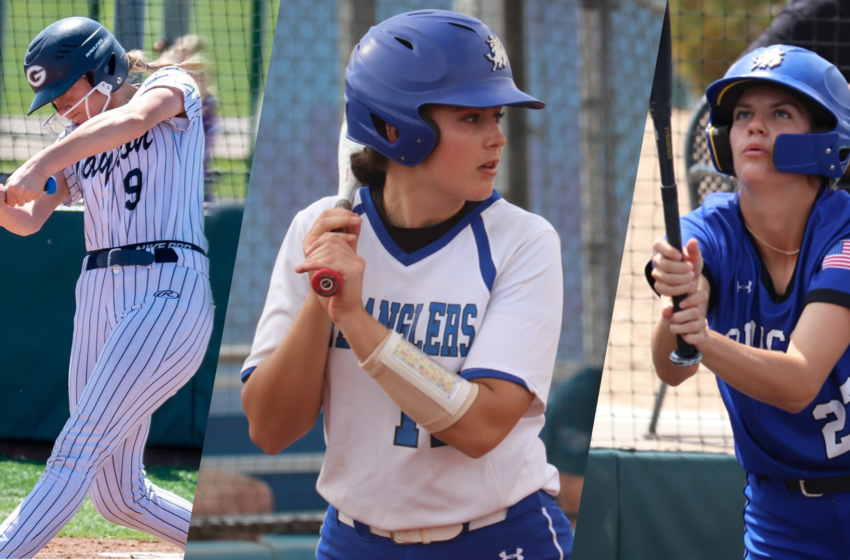 “We are excited to welcome Cheyenne, Marijn and Hunter to El Paso and the UTEP softball program,” Hubbard said. “All three were fortunate enough to help lead their teams to the 2021 NJCAA National Tournament and gain valuable postseason experience. These three who all have three years of eligibility remaining will help lead us to new heights and help us establish a winning tradition.”

“(Stark) is a relentless worker, passionate and competitive,” Hubbard said. “She has a plus arm behind the plate, is versatile enough to play the corners and provides some power to our lineup.”

Personal: A native of nearby Farmington, N.M., Stark graduated from Piedra Vista High School in 2018 and earned three varsity letters for the Panther softball team.

Stark was named All-District Offensive Player of the Year after hitting an outstanding .484 batting average and recording 38 RBIs her senior year in 2017-18. She ended her high school career an above-.400 hitter (.437) with 76 RBIs and 30 extra-base hits and reached base more than half the time she stepped to the plate (.511 on-base percentage).

“(Crouwel) brings a wealth of experience with her time on the Dutch National Team,” Hubbard said. “She has a consistent bat with a competitive personality that has the ability to play corner infield and catch.”

Odessa College: Crouwel slashed .416/.481/.664 and was a Western Junior College Athletic Conference (WJCAC) All-Conference First Team selection in her first and only year as the Wranglers’ starting catcher in 2020-21. Crouwel helped Odessa to the WJCAC Championship and a NJCAA World Series appearance ranking third on the squad with 54 RBIs and six home runs.

Crouwel was named WJCAC Softball Position Player of the Week on Feb. 9 after hitting .455 at the plate with two extra-base hits and throwing out three runners attempting to steal. With the glove, Crouwel owned the Wranglers’ third-best fielding percentage (MIN. 160 chances) committing only two errors on the season. She threw out seven of 17 base runners attempting to steal.

Personal: Crouwel graduated from Calandlyceum High School (Amsterdam, Netherlands) in 2020 before making the move to the Lone Star State. Crouwel was a member of the 2017 Dutch National Team that defeated Italy to secure the European Championship. She is the daughter of Michael and Marie-Claire Crouwel and has one brother, Matis.

Her father, Michael, was a two-time MVP and three-time home run leader in the Hoofdklasse Honkball – the highest level of professional baseball in the Netherlands – and played in the Philadelphia Phillies organization in the 1990s. Michael was also a member of the Dutch National Team and appeared in the Olympics. Michael hit .370/.471/.704 with eight runs and eight RBIs in the 1990 Baseball World Classic.

Marijn’s grandfather, Wim Crouwel, was a star catcher in the Netherlands winning three batting titles in the 1960s and 1970s and competing for the Dutch National Team.

“(Harkrider) is a fierce competitor that has the ability to generate runs with one swing of the bat,” Hubbard said. “She will be used primarily as a middle infielder but is versatile enough to play the corners.”

Odessa College: Joining her teammate Crouwel in transferring to the Sun City is Harkrider who led the 39-11 Odessa Wranglers with 18 home runs and was one of five players on the team to hit above .400 in the 2020-21 season (.418). Harkrider was second on the team in RBIs (66) and crossed the plate 46 times. In two games versus Midland College on Feb. 27, Harkrider went 8-for-12 at the plate with four home runs, a double, 10 runs and 11 RBIs. Harkrider owned Odessa’s second-best fielding percentage (.995) committing only one error on 211 chances – the most on the Wrangler squad.

Personal: Before attending Odessa, Harkrider appeared in four games and had two at bats at UT Tyler. Harkrider graduated from Permian High School in Odessa, Texas, and helped lead the Panthers to consecutive District 2-6A titles. She recorded a .418 batting average with eight long balls and 59 RBIs her junior year.