The Meyers Group announced Tuesday the acquisition of the historic Camino Real Hotel in El Paso, Texas. The 356-room property is located on 101 South El Paso Street in the heart of the city’s downtown district.

“The current revitalization occurring around the Camino Real Hotel has positioned El Paso as one of the most up-and-coming American cities,” said Josh Meyers, Director of Real Estate Development for the Meyers Group. “Originally built in 1912, the hotel was for many years the crown jewel of the Southwest. Our vision is to restore it beyond its former glory and to finally fulfill the pressing need for a convention hotel in downtown El Paso.”

After many months of negotiations, the Meyers Group finalized the purchase transaction of the hotel on Monday, October 17. The acquisition allows the developer to move forward with plans to completely renovate the property. The hotel earned a place on the National Register of Historic Places in 1979.

After renovations are completed, which are expected to take up to 18 months, the Meyers Group plans to reopen under the hotel’s historic name, Hotel Paso del Norte.

Renovation plans for the hotel include all 356 hotel rooms and suites, as well the second-floor Grand Ball room, and meeting and conference rooms. The entire lobby level, including all food and beverage operations, and especially the famous dome bar and restaurant, will be completely restored.

Further, the historic 10th floor ballroom and terrace, currently being used for mechanical purposes, will be restored to their original grandeur and feature a luxurious full-service spa, state-of-the-art gym, pool and pool deck, along with dining and beverage on the terraces overlooking the city.

“In renovating the hotel we want to capture a sophisticated, contemporary and upscale American Western theme capitalizing on the hotel’s rich history that also includes both Mexican and Native American elements,” added Meyers. “Our plan is to create a unique hotel experience for our guests that highlights the history of the hotel’s El Paso location.”

The restoration of the Hotel Paso del Norte will be the second project for the Meyers Group in El Paso. The firm recently closed on the purchase of a four-acre vacant lot at 201 Shadow Mountain Drive. A mixed-use development is planned for this desirable property in west El Paso including 300 units of condominiums, 50,000 square feet of supporting retail development which includes food, retail, entertainment and the possibility of a hotel. 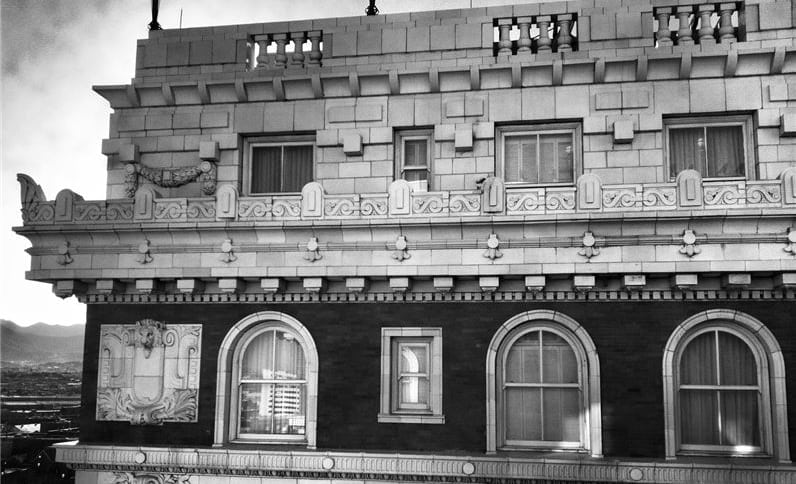