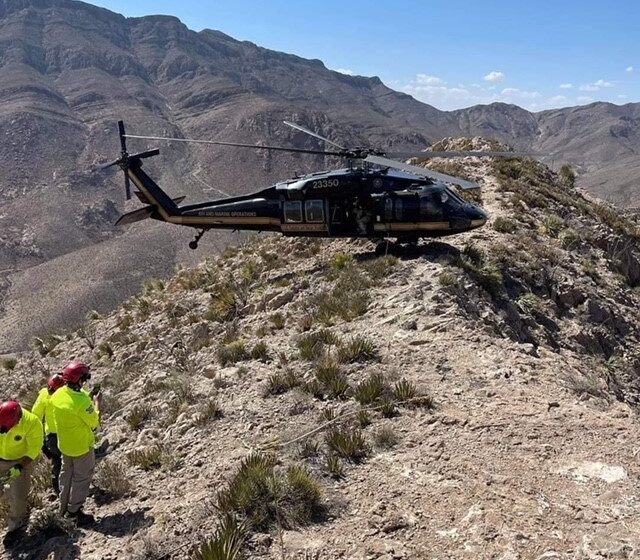 The rescued victim, a 48-year old woman, had been hiking in the canyon when she injured her left knee. Unable to walk, she called 911 for help and was connected with El Paso Fire Department.

El Paso Fire Department then contacted AMO at 2:20 p.m. through the U.S. Border Patrol Command Center and El Paso AMO Branch tasked a UH-60 Blackhawk helicopter to help airlift the injured hiker out of the canyon.

Officials say that at approximately 3:25 p.m., the AMO UH-60 helicopter touched town on the ridgeline west of the canyon summit and the search and rescue team loaded the patient and a paramedic from the rescue team on to the helicopter.

A short time later, at 3:35 p.m. the helicopter touched down at W.H. Beaumont Army Hospital Helicopter Pad and the patient was transferred to an awaiting EPFD Rescue 16 Ambulance.

Director Stonehouse added, “AMO serves the people of the United States by safeguarding our borders. We also often participate in life saving rescue missions as part of our day-to-day operations and Sunday was no exception to that mission.”