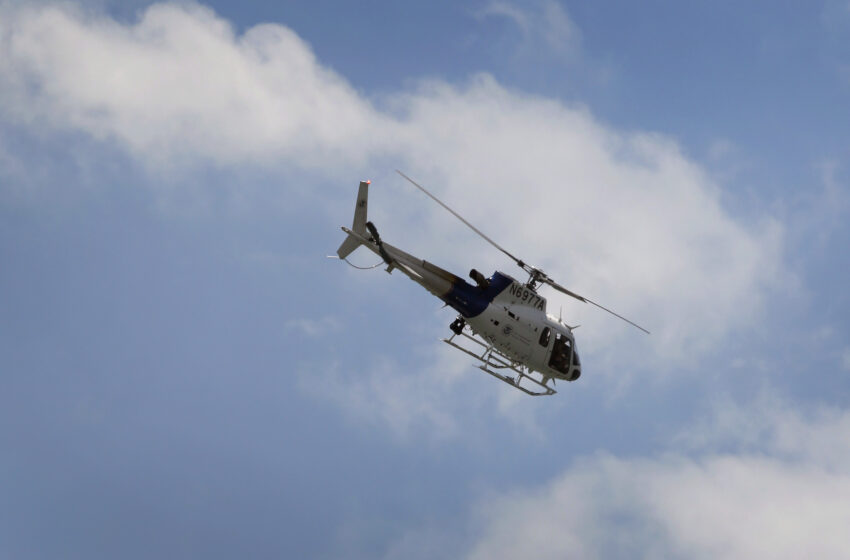 The El Paso Branch of Air and Marine Operations (AMO) assisted in the capture of an undocumented immigrant who allegedly assaulted a Border Patrol agent early Friday  morning near Mt. Cristo Rey, in New Mexico.

The agents eventually requested air assistance from AMO who arrived via helicopter and were able to provide assistance in helping locate subjects being sought based on heat signatures taken from the aircraft’s “forward looking infrared camera (FLIR).”

Officials say, “One member of the group was attempting to hide in desert brush when he broke away and ran toward a ground agent. The agent attempted to take the man into custody (that’s) when the subject began to resist violently…a struggle ensued and both men eventually hurtled over a six-foot ledge. The agent hit his head on a rock and was temporarily disabled, while the subject continued to flee.”

CBP officials add,  “It was at that point that the AMO helicopter unit continued to spotlight the suspect and led other Border Patrol agents to his location. The same suspect then ran at a second agent, who then used his taser on the suspect and was taken into custody without further incident.”

Members of the El Paso Sector Horse Patrol Unit and agents quickly rounded up the remaining members of the group.

The injured agent was treated at the scene for the contusions to his head and was transported by air ambulance to Las Palmas Medical Center; the was subsequently cleared and released by the hospital.

The Federal Bureau of Investigation (FBI) was notified and took custody of the suspect and are tentatively planning to prosecute him for “Assault of a Federal Officer”.

The suspect will also be processed as an Expedited Removal and removed after his prosecution by the FBI.