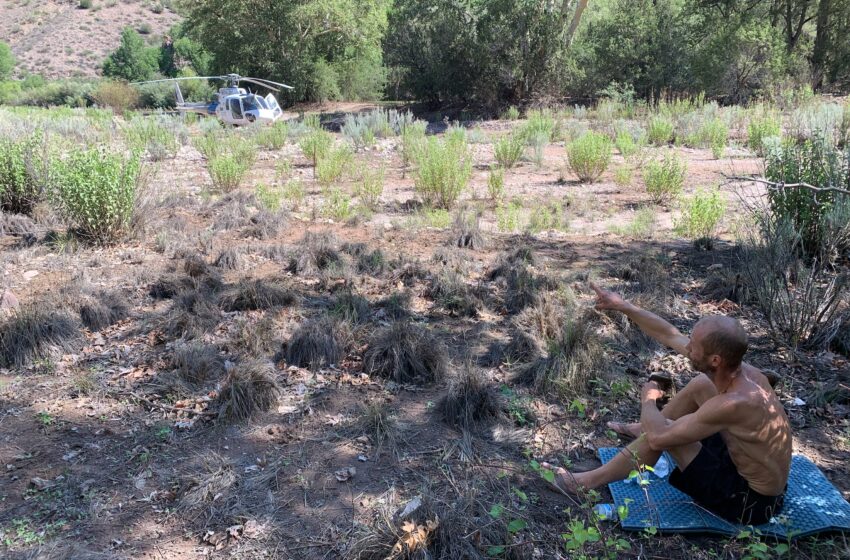 “Our region has some rugged terrain and dramatic weather that can often strand people who enjoy the many national parks in this part of the country,” said John Stonehouse, AMO El Paso Air Branch Director.

“Our CBP pilots and search and rescues personnel on the ground are often the difference between life and death to those caught up in flash floods or in the desert heat. I am very proud of the air-ground team that made this search and rescue mission a life-saving success.”

Officials say the hiker had become trapped for four days in an area of the forest due to heavy rains and flash floods.  A search and rescue aircraft was requested in an attempt to locate the missing hiker.

After being airborne for a little more than one hour, at approximately 9:35 a.m. MDT, the AS-350 aircrew were able to locate the stranded hiker, landed near him, and were able to provide food, water and render first aid.

The aircrew did an assessment on the hiker who had been injured in the head when he lost his footing and fell after being caught in a flash flood.

The AS-350 aircraft then lifted off to guide the rescue teams on ATVs to the sight where they treated and subsequently transported the rescued hiker to a local hospital for further evaluation and treatment.