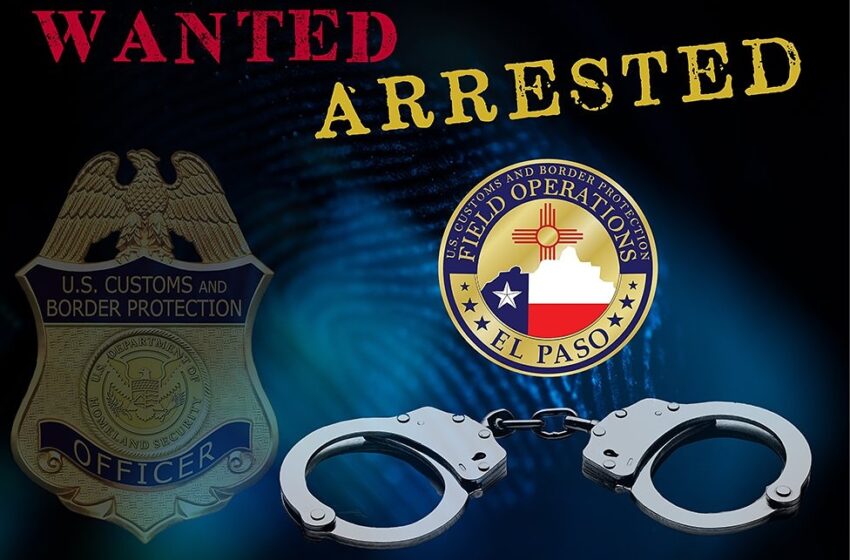 Over the past week, U.S. Customs and Border Protection Officials say their officers working at the El Paso port of entry arrested two men sought for sexual assault of a child.

“CBP works closely with our law enforcement partners to apprehend fugitives from justice” said CBP Director of Field Operations Hector A. Mancha. “Partnership among law enforcement agencies is critical in protecting our communities.”

CBP officials say the first arrest was made May 29 at the Paso Del Norte border crossing when a 68-year-old United States citizen entered the country as a pedestrian.

“Routine system checks revealed an outstanding warrant for his arrest from the Las Vegas Metropolitan Police Department for Sexual Assault of a Child,” CBP officials said.

A few days later, on June 2, CBP officials say Mexican citizen, who had been previously deported from the United States, attempted to cross into the US as pedestrian at the Paso Del Norte bridge.

“The man informed CBP Officers that he arranged to turn himself in with the El Paso Police Department for an active warrant,” officials said.

“CBP Officers ran a routine system check and received confirmation that the man had an active warrant for Sexual Assault of a Child issued by the El Paso Police Department.”

Both were arrested by CBP Officers and turned over to local authorities to face charges associated with the warrants.