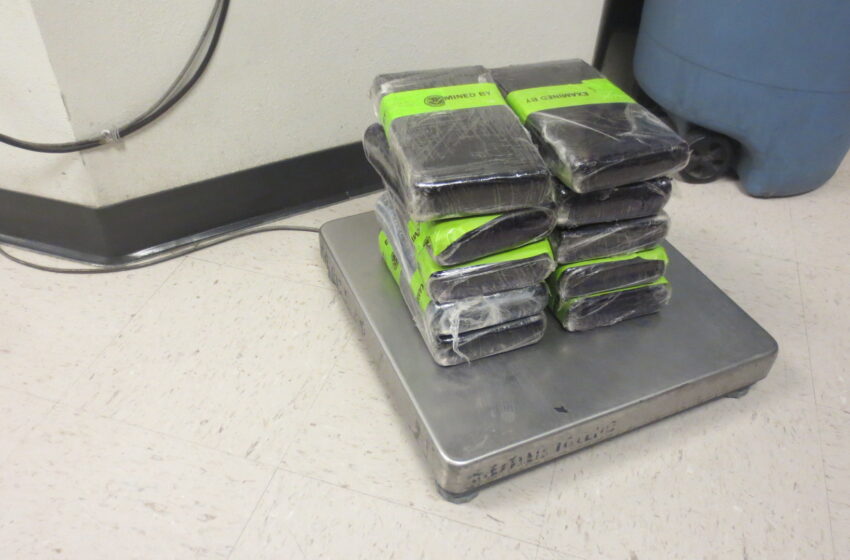 U.S. Customs and Border Protection Officers at the El Paso area ports of entry, seized over 190 pounds of methamphetamine, 29 pounds of cocaine, 23 pounds of fentanyl, 42 pounds of marijuana and arrested 25 fugitives from justice within the span of a week.

“CBP Officers remain focused on their mission of protecting the homeland,” said CBP Director of Field Operation Hector Mancha. “We all have a professional and a personal stake in working hard to keep our communities safe.”

Officials say that June 4 was one of the busiest days, with CBP Officers at the Bridge of the Americas border crossing netting of four drug seizures.

The first encounter happened before 9:00 am when a 19-year-old man, allegedly tried to smuggle 70 pounds of methamphetamine hidden in the floor of a vehicle.

Shortly after, a CBP Officer and his K9 partner were working in the pedestrian area, when the dog sniffed out possible narcotics on three people. Officials say two of the individuals were 15 years of age, and the other was an 18-year-old.

CBP Officers had several other seizures of cocaine, heroin, marijuana, methamphetamine, and fentanyl throughout the week.

On June 6, a 22-year-old United States citizen, was arrested at the Ysleta Port of Entry for kidnapping charges out of the Dallas County Sheriff’s Office.

On June 7, a 43-year-old United States citizen, wanted for Sex Offense against a Child, was repatriated by Mexican authorities at the Stanton border crossing and taken into custody by CBP.

The other arrests made were for crimes ranging from assault, sexual assault, possession and distribution of a controlled substance, probation violation and theft.

All subjects were arrested by CBP Officers and turned over to local and federal authorities to face charges.