Wednesday afternoon, the U.S. Customs and Border Protection Office of Field Operations released the information regarding several seizures and arrests at the ports of entry throughout the El Paso area during the Memorial Day weekend.

Officials say that the ports of entry saw an influx of arrests for wanted individuals, with 16 arrests made throughout the El Paso, West Texas, and southern New Mexico regions. Arrests made included the following offenses: family violence, aggravated battery, burglary, possession of a controlled substance, and smuggling.

CBP officials say the first seizure was on May 21, at the Paso Del Norte border crossing when a 31-year-old man tried to enter the country with drug strapped to his body.

Officers selected the man for a secondary inspection where they discovered two bundles and a small bag of methamphetamine, weighting approximately half a pound.  CBP officials add that the man was also a wanted fugitive for aggravated battery with a deadly weapon.

The second seizure occurred on May 25 at the Paso Del Norte border crossing where a 20 year-old woman arrived from Mexico in a 2007 Nissan Murano.

CBP officers selected her vehicle for an X-ray examination that revealed several anomalies in the vehicle’s seats. CBP officers discovered 16.27 pounds of heroin.

In addition to the drug busts, on May 22, CBP officers assigned to the Ysleta Port of Entry seized an undeclared shotgun, grenade smoke launcher, and five canisters of smoke/gas concealed in a 2010 Dodge SUV.

“CBP is committed to disrupting drug trafficking organizations’ attempts to smuggle narcotics through ports of entry and into our communities,” said CBP El Paso Director of Field Operations Hector Mancha.

“CBP officers are faced with an array of smuggling attempts and concealment methods. The Officers’ passion and dedication to our mission is critical in stopping contraband from entering our country.”

All subjects were arrested by CBP Officers and turned over to Homeland Security Investigations and local authorities to face charges. 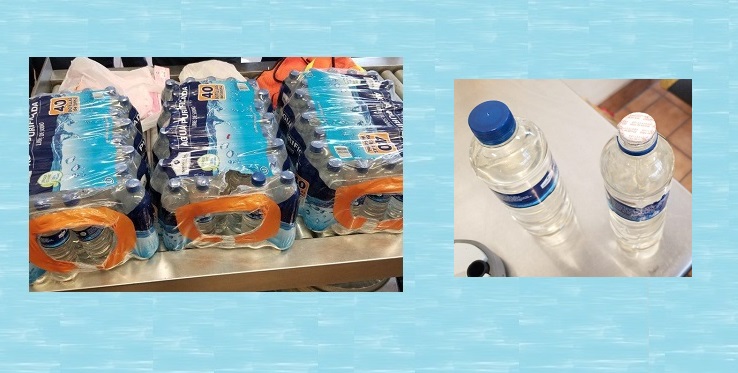