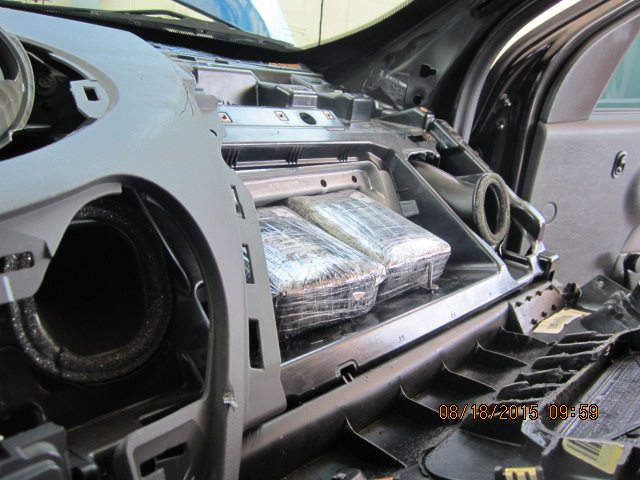 U.S. Customs and Border Protection Office of Field Operations officers working at the El Paso port of entry seized 10.25 pounds of cocaine Tuesday. The estimated street value of the seized contraband is $328,000.

The cocaine seizure was made just after 6:00 a.m. when a 2006 Saturn Ion entered the Paso Del Norte port of entry from Mexico. A CBP officer working at the primary inspection booth noted a number of anomalies in the appearance of the vehicle. CBP drug sniffing dog “Chip” also alerted to the car at the primary inspection booth while he was performing a sweep of arriving vehicles.

CBP officers scanned the vehicle with the Z-Portal x-ray system and spotted bundles in the dashboard and rear seats of the car. CBP officers removed a total of eight cocaine filled bundles weighing 10.25 pounds from the engine compartment.