U.S. Customs and Border Protection (CBP) Officers from the El Paso Field Office had a busy week leading to the seizure of over 157 pounds of cocaine, 341 pounds of marijuana, 98 pounds of methamphetamine, and 12 pounds of fentanyl.

“CBP is committed to disrupting drug trafficking organizations’ attempts to smuggle narcotics and illicit currency through ports of entry and into our communities,” said CBP El Paso Director of Field Operations Hector Mancha.

“CBP Officers are faced with an array of smuggling attempts and concealment methods. The Officers’ passion and dedication to our mission is critical in stopping contraband from entering our country and bringing wanted fugitives to justice.”

According to CBP officials, the largest cocaine seizure occurred March 25 around 7:00 a.m, when a Freightliner tractor-trailer arrived at the Bridge of the Americas cargo facility.

“The primary CBP Officer selected the tractor-trailer for a secondary inspection. During this inspection, an X-ray examination revealed several anomalies under the rear axle area of the trailer,” CBP officials shared. “A total of 76.94 pounds of cocaine was extracted from the tractor-trailer.”

The second largest seizure also occurred at the Bridge of the Americas on March 25 shortly before 1:00 p.m. when a 24 year-old woman – a United States citizen – arrived from Mexico in a 2020 Hyundai Accent. A CBP Officer and his drug-sniffing dog were conducting operations when his dog alerted to the vehicle. A total of 129.19 pounds of marijuana were pulled from the vehicle.

A total of 610 pounds of drugs were seized over the past week.

Officials add that, in addition to the drugs and unreported currency, CBP Officers arrested 20 wanted fugitives. The fugitives were wanted for possession of dangerous drugs, resisting/evading arrest, aggravated robbery, larceny, and assault.

All were arrested by CBP Officers and turned over to Homeland Security Investigations and local law enforcement to face charges. 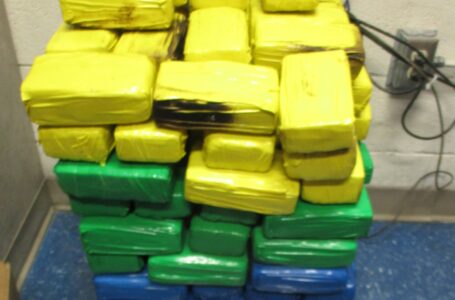 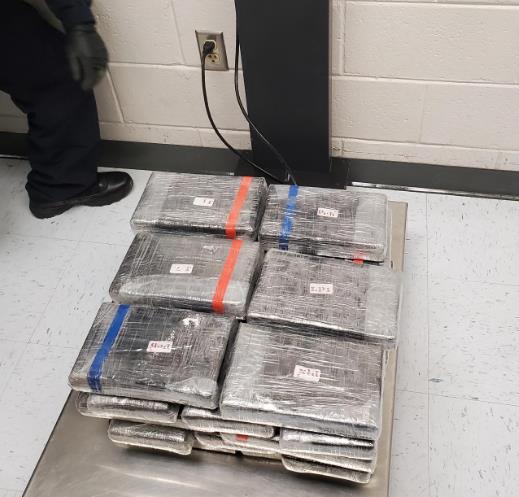