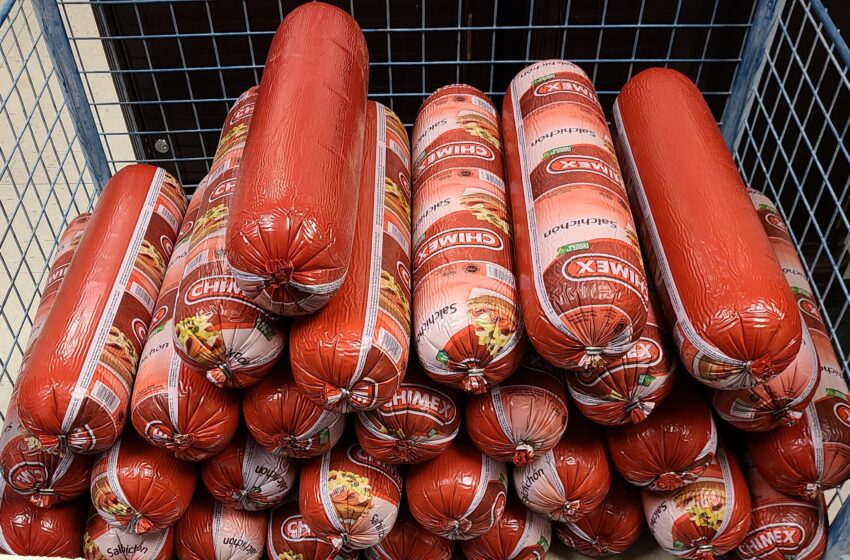 According to CBP officials, the discovery was made on February 24, at 6:26 p.m. when a U.S. Citizen from Sunland Park, New Mexico, arrived for inspection at the Santa Teresa Port of Entry.

During the inspection, CBP Officers discovered rolls of prohibited pork bologna concealed under the mats and seats of the front and rear passenger sides of the vehicle. A total of 30 rolls were discovered hidden throughout the floorboard.

The 277 pounds of bologna was seized and the driver was assessed a $1,000 civil penalty.

Bologna containing pork products, is prohibited from entering the United States due to the possibility of the products containing foreign animal diseases.

CBP officials remind the public that all food products must be declared and are subject to inspection. Failure to declare agriculture products could lead to the seizure of products and a fine.