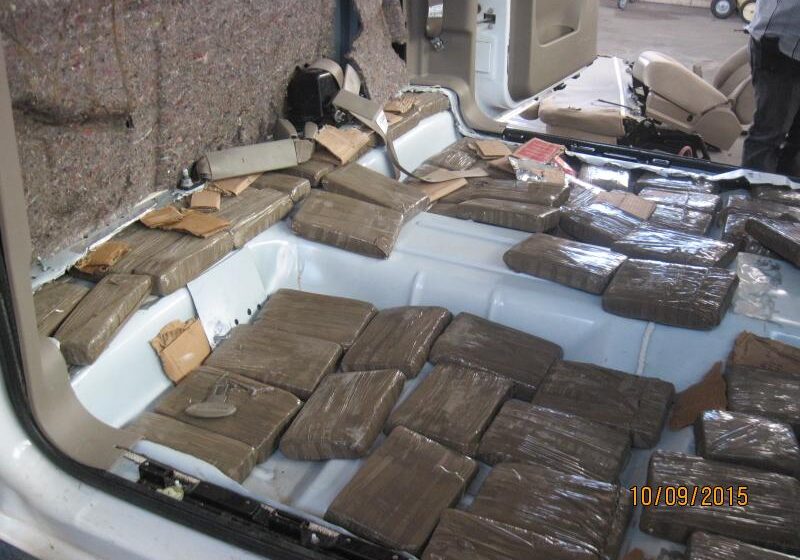 U.S. Customs and Border Protection (CBP) Officers working at the El Paso port of entry seized 2,160 pounds of marijuana in nine seizures during the long holiday weekend period. The estimated street value of the marijuana is $1,728,000.

“CBP officers are working hard and remain vigilant in supporting our primary homeland security mission,” said Beverly Good, CBP El Paso Port Director. “Those inspections will often lead to the discovery of other violations like the drug seizures recorded this weekend.”

One of the largest seizures of the weekend occurred just after 10 a.m. October 9 when CBP officers working at the Bridge of the Americas

international crossing seized 421 pounds of marijuana. The drugs were hidden in a 2006 Chevrolet Silverado that arrived at the port from Mexico.

A CBP officer working at the primary inspection booth initiated an exam and noted an issue with the undercarriage of the vehicle. The CBP officer scanned the tailgate and floor of the vehicle and received high readings consistent with hidden contraband.

He was turned over to U.S. Immigration and Customs Enforcement Homeland Security Investigations agents to face charges associated with the failed smuggling attempt.