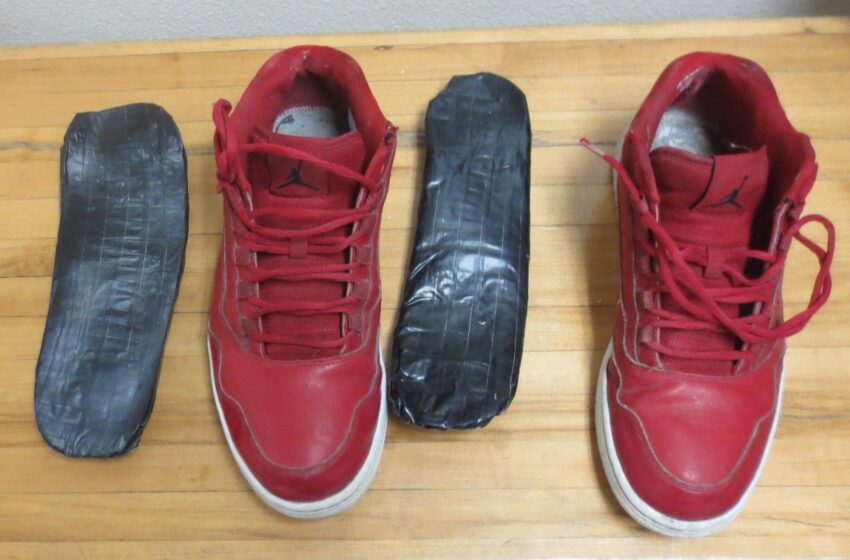 U.S. Customs and Border Protection Officers working at the Ysleta Port of Entry seized several bundles of methamphetamine hidden in the shoes and on the body of a 17-year-old male this weekend.

“Smugglers go through great lengths to conceal drugs from CBP Officers,” said CBP Ysleta Port Director Arnoldo Gomez, “Unfortunately, it is not uncommon for teenagers to be used in smuggling attempts.”

The seizure was made shortly after 4 p.m. on Sunday, November 1 when the 17-year-old United States citizen was headed into El Paso from Juarez as a pedestrian.

“A CBP Officer and his drug sniffing dog were conducting operations when the dog alerted to the teenager,” CBP officials shared.

“The teen was taken for a secondary inspection. During that inspection, it was discovered that the teen had methamphetamine filled bundles concealed in his groin area and in his shoes.”

The bundles contained 2.25 pounds of methamphetamine.

CBP Officers arrested the teen and he was turned over to the El Paso County Sheriff’s Office to face charges for the failed smuggling attempt.