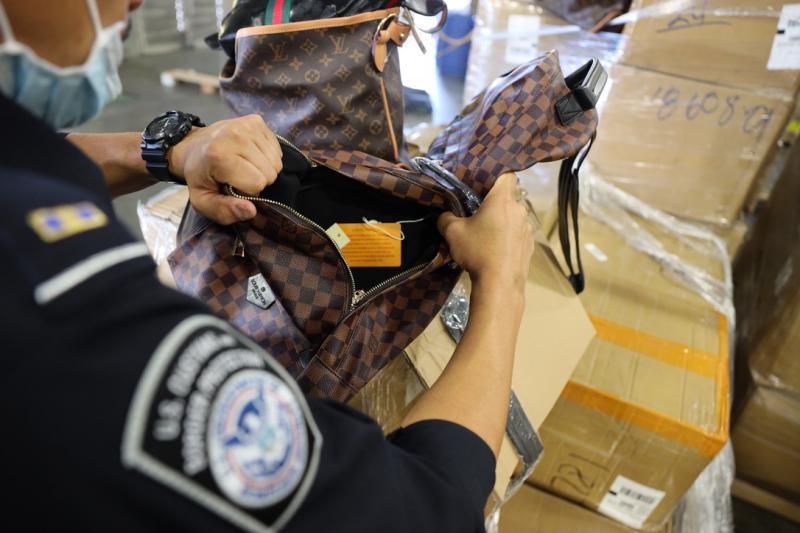 With Black Friday and Cyber Monday fast approaching, U.S. Customs and Border Protection (CBP) officials are reminding consumers to be on the lookout for counterfeit and pirated goods, particularly when shopping online.

“Counterfeiters are focused on making a profit; they are not focused on consumer safety,” said William A. Ferrara, Executive Assistant Commissioner of the CBP Office of Field Operations. “Buying counterfeit goods can expose you and your family to health and safety risks while the proceeds support criminal enterprises.”

Every year, CBP seizes millions of counterfeit goods from countries around the world as part of its mission to protect U.S. businesses and consumers. These goods include fake versions of popular products, such as smartphones and related accessories, electronics, apparel, shoes, cosmetics, and high-end luxury goods.

There are several steps that consumers can take to protect themselves when shopping online. Purchase goods only from reputable retailers and be wary of third party vendors. Check seller reviews and verify there is a working phone number and address for the seller, in case you have questions about the legitimacy of a product.

“Bad actors continue to exploit the dramatic growth of e-commerce to sell counterfeit goods and other illicit products through online platforms, particularly during the holiday season when shoppers are looking for deals,” said Brenda Smith, Executive Assistant Commissioner of the CBP Office of Trade. “If the price of the product seems too good to be true, it probably is – and that can cause real
problems for you, your family, and legitimate businesses.”

Nationwide in Fiscal Year 2020, CBP seized 26,503 shipments containing goods that violated intellectual property rights. The total estimated value of the seized goods, had they been genuine, was nearly $1.3 billion. Among more recent seizures:

– On November 10, CBP Officers in Louisville, Kentucky announced the seizure of counterfeit watches that would have been worth more than $2 million if genuine. Purchasing counterfeit watches and jewelry deprives legitimate businesses of revenue, which can prompt those
businesses to cut jobs.

– On November 9, CBP Officers in Dallas announced the seizure of $9.3 million of counterfeit designer merchandise, including footwear, handbags, and apparel bearing trademarks such as Chanel, Gucci, and Louis Vuitton.

– On October 28, CBP Officers in International Falls, Minnesota, announced the seizure of counterfeit Bluetooth speakers and chainsaws that would have been worth more than $170,000 if genuine. Counterfeit electronics and power tools may not meet U.S. safety standards.

– On October 27, CBP Officers at the Port of Los Angeles/Long Beach announced the seizure of $3.5 million of fake cosmetics, Viagra pills, footwear, and apparel bearing trademarks such as MAC, Chanel, Nike, and Versace. Fake pharmaceuticals and cosmetics can harm or even kill consumers.

In addition to consumer goods, CBP continues to seize counterfeit and unapproved medical supplies. Since the beginning of the COVID-19 pandemic, CBP has seized more than 13.5 million counterfeit face masks and more than 177,000 unapproved COVID-19 test kits.

CBP continues to take robust action to prevent the importation of counterfeit and pirated goods. Through Operation Mega Flex, CBP, in partnership with the express consignment carriers, the United States Postal Inspection Service and other government agencies, has seized thousands of illicit packages containing counterfeit goods while mapping illicit networks in the international mail and express consignment environments.

In August, CBP issued an administrative ruling that enhanced accountability in the e-commerce environment while strengthening the agency’s ability to identify counterfeit goods and consumer safety violations.

CBP has also established an educational initiative to raise consumer awareness about the consequences and dangers associated with purchasing counterfeit and pirated goods online or in stores. More information about that initiative is available via this link..

For anyone having any information regarding suspected fraud or illegal trade activity, please contact CBP through the e-Allegations Online Trade Violation Reporting System or by calling 1-800-BE-ALERT.

Intellectual property rights violations can also be reported to the National Intellectual Property Rights Coordination Center via this link or by telephone at 1-866-IPR-2060.

For more information about protecting yourself from counterfeit and pirated goods, visit this website.