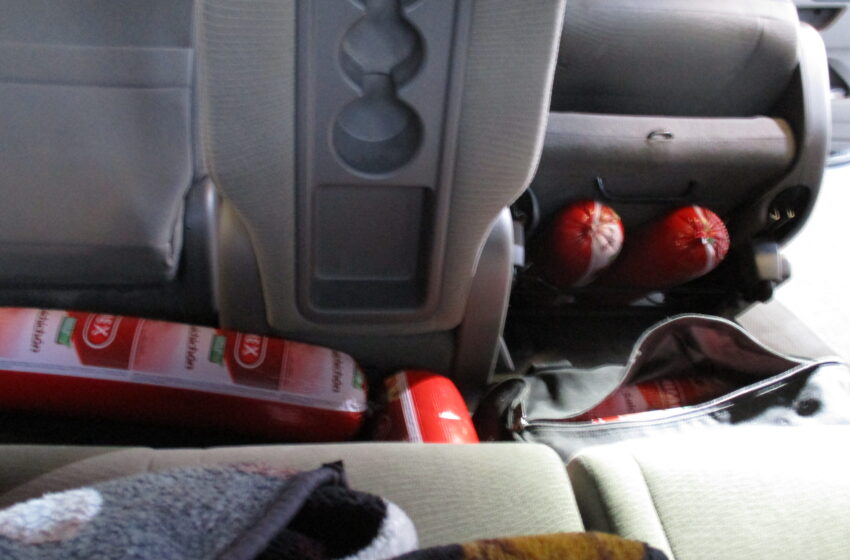 According to officials, the discovery was made shortly after 6:00 a.m. on Thursday, August 26th, when a 20-year-old United States citizen and resident of El Paso, presented himself for inspection.

“A CBP officer observed what appeared to be meat products hidden in the back seat of a 2012 Honda Odyssey driven by the individual,” officials shared.

“A negative declaration for fruits, meats, vegetables, meats, plants, and live animals was obtained by the CBP officer who then referred the vehicle for a secondary inspection. A search of the vehicle by Agriculture Specialists resulted in the discovery of 31 rolls of bologna and 2 rolls of turkey ham concealed under blankets, under the seats, center console, and inside a duffle bag.”

The individual admitted the bologna was for resale in the U.S. The individual was issued a $1,000 civil penalty and the products were seized and destroyed by specialists.

“With the recent detection of the African Swine Fever in the Dominican Republic, it is important that no pork products are brought into the U.S.” said CBP El Paso Director of Field Operations Hector Mancha. “Pork products have the potential to introduce foreign animal diseases that can be detrimental to our agriculture industry.”

CBP officials remind travelers that undeclared, prohibited agriculture items will be confiscated and can result in the issuance of a civil penalty for failure to declare.

The U.S. Department of Agriculture and the Department of Homeland Security are partners in the effort to protect American agriculture against the introduction of pests and diseases at our nation’s ports of entry.