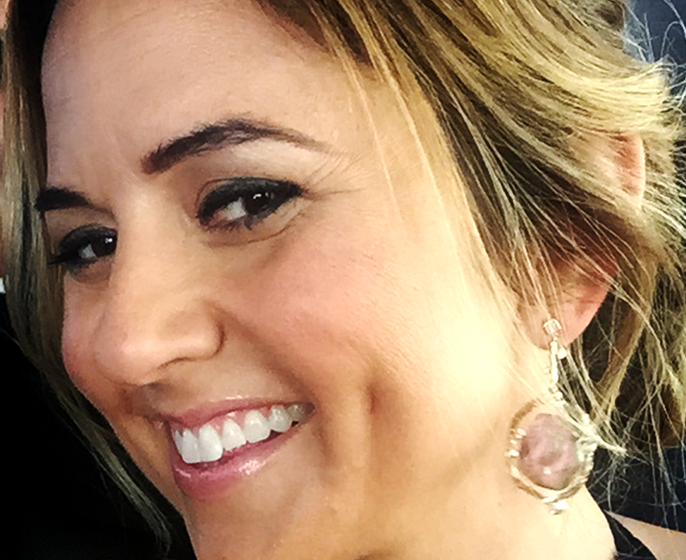 This past Sunday, September 20th, 2015, Emmy nominees and principals from television shows including “Scandal”, “Orange is The New Black”, and “True Blood” wore couture jewelry designed for them by Susan Eisen for the second year in a row.

Producer nomine Tara Herrmann of “Orange is The New Black” looked fabulous displaying a pair of hand fabricated one-of-a-kind earrings cast from natural twig forms found in the Southwestern desert along with watermelon tourmaline slab gemstones and 2.75 ct. of round diamonds.

The shapes were inspired from the tumbleweed forms and rocks from the Franklin Mountains in El Paso, Texas.

Style Expert Michael O’Connor who worked with the celebrities to coordinate their red carpet looks says, “Hollywood’s biggest stars are enamored with Susan Eisen’s intricate design details and mixing of diamonds with colored gemstones and pearls.  They are also in awe of her bold estate collection.”