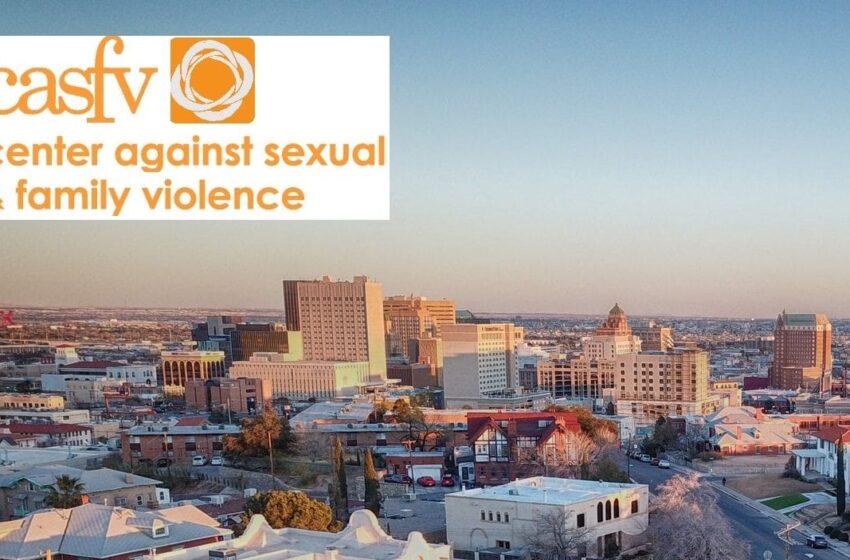 Thursday morning, officials with the Texas Council on Family Violence (TCFV) announced the award more than $300,000 to 12 domestic violence agencies across Texas via its 2021 Swalm Grants.

“Every year, the applications for TCFV’s Swalm Grants provide a crucial snapshot of the needs of Texas’ domestic violence service providers,” said CEO of TCFV Gloria Aguilera Terry. “As the leading and uniting organization for family violence services in Texas, TCFV is privileged to present the 2021 Swalm Grants, and we’re very proud to be able to present the majority of these grants at 100% of the applicants’ requested amount.”

El Paso’s Center Against Sexual and Family Violence will use its Swalm Grant to replace its roof and install an effective air conditioning system.

Swalm grantees are selected annually in a competitive application process by at-large TCFV board members. Officials with TCFV say with 91% of the grants match 100% of the recipients’ requested amounts. Individual grants range from $6,000 to $30,000 for a variety of fundamental needs and come from TCFV’s Swalm Endowment Fund.

Of the 12 grants awarded, five are intended for infrastructure projects, three are dedicated to improving prevention services and four are purposed for flexible funding.

Three agencies in particular exemplified the most urgent needs of each category.

The Crisis Center of Anderson and Cherokee Counties intends to put its grant dollars toward repairing the building it calls home, which has not received significant repairs since 1991 when the crisis center moved in. The much-needed updates include the installation of a silicone roof system, replacement of major screws, pipe replacements and new sealing to prevent leaking from the roof.

Safer Path Family Violence Shelter, Inc., in Atascosa, TX, will use its Swalm Grant to implement a new education program to reach families who do not know violence at home is a crime. This specialized outreach and prevention program, called Growing Safer Families, will feature print handouts, visual aids and classes featuring program staff as teachers.

The agency cites clients have consistently noted needing more specialized advocacy services to understand how to prevent and escape violence, as well as how to rebuild their lives after leaving abusers. The agency is currently the only domestic violence and sexual assault program serving the area between San Antonio and Corpus Christi.

“With this Swalm Foundation gift, we are funding new and effective ways to reach a segment of our local population most in need. Eight people were murdered in Atascosa County in 2020 because of domestic violence. Clearly, there is a need for change,” said Rhonda Williamson, executive director of Safer Path Family Violence Shelter, Inc. “We will be working with healthcare, law enforcement, the 81st District Attorney’s office, adult probation, judges, and justices of the peace to reach families in need. Our agency is so excited about this program and the difference we can see it making for families in our service area.”

The Women’s Shelter of East Texas operates a transitional housing facility which offers victims rent-free housing for up to 18 months while they obtain job training and education needed to sustain a self-sufficient and violent-free life.

The agency will use the Swalm Grant to assist survivors with items such as rent and utility deposits, purchasing beds, furniture and mattresses and other relocation costs as they transition from the shelter to their own permanent residence

A portion of the grant will also be allocated towards childcare assistance, fees for legal proceedings such as filing for divorce, child custody or child support, and emergency assistance such as photo ID costs, GED testing fees, bus tickets, car repairs and medication that survivors need as they move toward independence.

To track the direct impact of Swalm Grants, TCFV requires every recipient to submit a report at the end of the grant cycle detailing their use and efficiency of the funds and the effect on the survivors they serve.

In 2005, the Swalm Family of Houston and New Ulm, Texas, gifted TCFV an endowment fund of $5,000,000 to benefit domestic violence service providers in Texas. Annually, the Finance Committee of the Board of TCFV determines a percentage to be distributed in Swalm Grants.

That percentage is then allocated among the grant recipients – selected by TCFV’s Board – based on the needs described in their applications.

In accordance with the Swalm family’s wishes, each grant given must be large enough to impact the community, and applicants must be organizations whose primary focus is serving victims of domestic violence.

The grants are designed to fund categories of operations not usually covered by government grants. Agencies are not allowed to apply for Swalm Grants two consecutive years in a row.