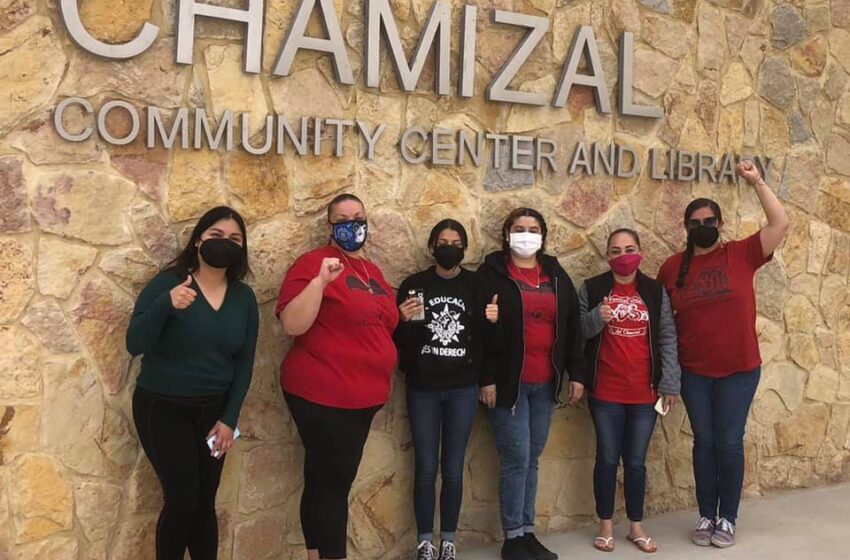 On Saturday, the City of El Paso ushered in the warm-weather months with the grand opening of its newest Community Center and Library, along with its Spray Park, playground and green space.

“The City of El Paso Parks and Recreation Department and Library system are among the strongest drivers of quality of life in our community. We’re excited to be celebrating the grand opening of Chamizal Community Center, a new state-of-the-art facility that brings both services under one roof,” said Deputy City Manager Quality of Life Tracey Jerome. “It is an illustrator to our continued efforts to expand services to our citizens.”

The new facility provides a public space for residents and visitors to participate in recreational activities including sports, fitness, aerobics, games and outdoor activities. In addition, it features a full-service library to expand the community’s access to educational and cultural resources.

For their part, Familias Unidas del Chamzial, a neighborhood organizing project of La Mujer Obrera celebrated the grand opening of the Chamizal Community Center, after years of advocating for more amenities in the Chamizal neighborhood.

“In 2012, the city finally approved the funding to build a community center and library in Barrio Chamizal,” Familias Unidas del Chamizal organizers shared. “In memory and in respect to the long overdue credit of the Mexican women workers of El Paso, the old Levi’s factory was converted into the Chamizal Community Center.”

A new park outside of the center features amenities including a playground with shade canopy, picnic tables and benches, a court surface for basketball and futsal as well as landscaping and parking.

Click here for more information on the Parks and Recreation Department