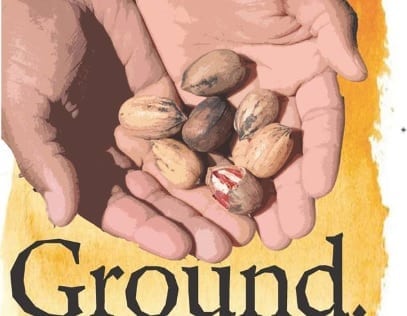 For the first time in over a quarter of a century, Chamizal National Memorial will present a play that has been selected, cast, directed, and fully produced by the park’s theater staff.

According to Chamizal officials, “The Memorial has hosted many excellent and varied performances over the years and will continue to work with partners and community groups to offer our visitors performances that align as closely as possible with our mission. We are especially excited, however, to fulfill the original purpose for the theater: to use it for telling the story that Chamizal National Memorial was established to commemorate.”

Chamizal National Memorial is a historic site. Congress established it as one of the national parks to commemorate the Chamizal Convention and connected stories about the continuing relationship between the United States and Mexico.

In addition to relaying the history surrounding “the harmonious settlement of the long-standing boundary dispute between the United States and Mexico concerning the Chamizal,” it is our goal to present performances that relate modern stories of the varied perspectives and experiences of people along both sides of the U.S.-Mexico border.

Chamizal National Memorial theater staff selected the play Ground by Lisa Dillman to inaugurate our new in-house production initiative. Ground tells the story of Zell Preston as she returns to her childhood home, a pecan farming border community that she finds completely changed.

Shifting social norms and immigration policies test the bonds of community and family, introducing conflict and leading Zell to proclaim, “This ground and me, we belong together…If we don’t all take care of each other, we won’t have any chance at all.” We hope the Chamizal National Memorial community will join us for a free performance of this powerfully relevant theatrical work.

On July 18, 2018 at 7 pm, Superintendent F. Gus Sánchez will introduce the theater production initiative at our monthly “Chamizal Asks: What Do You Think?” program series. The actors will recite selected scenes from the play and will join the audience in a discussion afterwards.

The play is in English, and the full performance schedule is as follows:

Admission is free and first come first served for all performances.  Due to some violence, we do not recommend this play for young children. The Cultural Center closes daily at 5 pm but will open at 6 pm before the August 3rd and 4th performances.

Attendees are asked to arrive with plenty of time to park and be seated on time. Late arrivals will not be able to enter the theater until intermission.

For more information about Chamizal Theater Productions, Ground, and other park events, visit their website, or call the visitor center at 915-532-7273 ext.126.