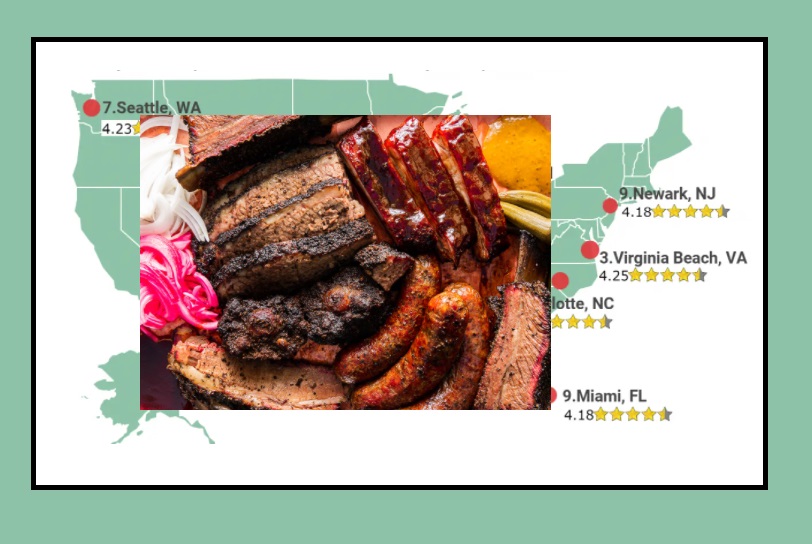 As May is National Barbecue Month and few other topics generate as much fierce debate as the humble BBQ.  How to make a great BBQ or where to enjoy the best in the country can quickly spiral into a very heated conversation.

Knowing these debates will flame around the grill in the coming weeks, Chef’s Pencil turned to TripAdvisor to find out which cities are the best and worst for enjoying a fantastic BBQ.

“We analyzed TripAdvisor ratings of all BBQ joints in the nation’s top 75 largest cities and ranked the cities based on their average rating,” TripAdvisor officials shared.

Researchers said they also ranked the cities by the number of BBQ places per capita, as well as those with the highest number of top-rated BBQ places (rating 4.5 and higher).

“Overall, our team has analyzed 2,020 places offering BBQ on their menu that had at least 5 reviews,” researchers added. “From the final rankings, we excluded cities with less than 10 BBQ restaurants within their city limits – BBQ joints outside the city limits were not included in our analysis.”

San Antonio and Houston are surprising entries among the worst cities for BBQ in the nation. Both cities are well known for their amazing food culture, which may have something to do with this bad overall rating.