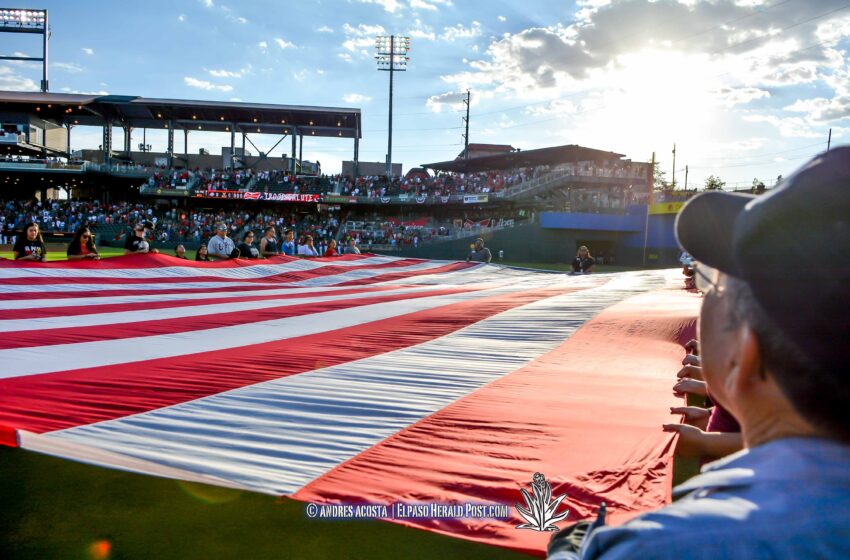 “Seeing this schedule renews the excitement for everyone from fans to team members to front office and game day staff that baseball and the Chihuahuas will be back at Southwest University Park in 2021,” said MountainStar Sports Group Senior Vice President and Chihuahuas General Manager Brad Taylor. “All of us are thrilled to get back to what we love!”

The Chihuahuas are scheduled to open their 2021 campaign on the road on April 8 at Salt Lake (Los Angeles Angels). Opening Day at Southwest University Park is scheduled to take place on April 22 versus the Oklahoma City Dodgers (Los Angeles Dodgers).

The 2021 season includes 72 road and 70 home games as part of a 142-game schedule that will run through September 21. With just eight home games in April, the heart of the home season will be in May and June with 15 and 13 home contests, respectively.

July will be the lightest month, with 10 home games, and August and September will see a total of 12 home games each. The team will play on Memorial Day (May 31), Father’s Day (June 20), Labor Day (September 6) and Mexico’s Independence Day (September 16).

The schedule announcement comes a week after the Chihuahuas announced the signing of a 10-year Player Development License with Major League Baseball (MLB), extending the affiliation with the San Diego Padres through the 2030 campaign.

With the announcement of the Player Development License (PDL), the Chihuahuas will now fall under a new system that will realign them in a new league – Triple-A West – competing in the East Division. The new division also includes the Albuquerque Isotopes (Colorado Rockies), Oklahoma City Dodgers (Los Angeles Dodgers), Round Rock Express (Texas Rangers), and Sugar Land Skeeters (Houston Astros).

Club officials say this new alignment allows for significantly closer geographic proximity to other teams in the division as well as proximity to parent clubs and reduced in-season travel for players and coaches.

Commissioner of Baseball Robert D. Manfred, Jr. said: “We are excited to unveil this new model, which not only provides a pipeline to the Majors, but continues the Minor Leagues’ tradition of entertaining millions of families in hundreds of communities. In modernizing our Minor League system, we prioritized the qualities that make the Minor Leagues such an integral part of our game while strengthening how we develop professional athletes on and off the field. We look forward to demonstrating the best of our game throughout local communities, supporting all those who are working hard to grow the sport, and sharing unrivaled technology and resources with minor league teams and players.”

The complete 2021 Chihuahuas schedule and home schedule breakdown are attached. Times and promotions will be announced at a later date. All dates and opponents are subject to change without notice.

The Chihuahuas are currently taking deposits for 2021 Season Seat Memberships, Groups, and Premium areas!  For more information call or text an Account Executive at 915-533-BASE (2273), email tickets@epchihuahuas.com, or visit EPChihuahuas.com.

Chihuahuas fans can also register to become a Chihuahuas Insider by Clicking here. Club officials say that fans who sign up will receive exclusive priority presale access to individual game tickets. Registration is on a first come first serve basis and there is no guarantee on game selection or availability at this time. 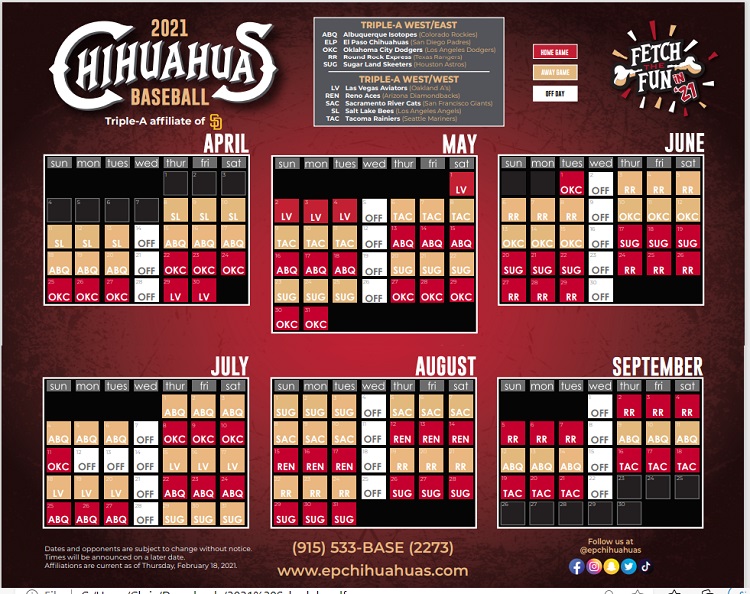