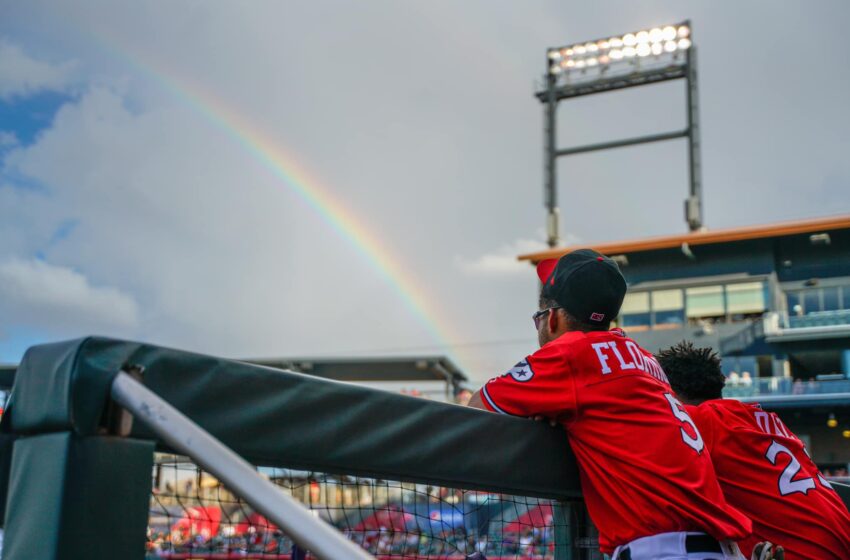 Former Major League infielder Jared Sandberg has been named the new manager of the El Paso Chihuahuas, the Chihuahuas and San Diego Padres announced this week.

“Jared’s background and experience as a Major League player and coach brings our team and fans a manager with extraordinary skills. We look forward to welcoming him and all of our coaching and training staff to El Paso,” said MountainStar Sports Group President Alan Ledford.

“I look forward to reuniting with Jared as our manager in 2022 while also welcoming new coaches and returning staff. Jared and I were together briefly in Bowling Green, Kentucky, in 2013, before I came to El Paso,” said Chihuahuas Senior Vice President and General Manager Brad Taylor. “It will be exciting to come full circle with him.”

Prior to joining the Padres’ organization, Sandberg was part of the Seattle Mariners’ coaching staff from 2019-2021, working as their Major League field coordinator in 2019 and bench coach from 2020-2021. He managed in the Tampa Bay Rays’ organization from 2009-2018, winning league championships at Short-Season Hudson Valley in 2012 and Triple-A Durham in 2017 and 2018.

McCarthy is also in his first season with the Padres’ organization and was previously a bullpen coach and pitching coach in the Minnesota Twins’ organization from 2018-2021, reaching Triple-A St. Paul. He pitched professionally from 2011-2016 in the Boston Red Sox’ organization.

Mathews is entering his first season with El Paso and his sixth season in the Padres’ organization.

He was previously a hitting coach for High-A Fort Wayne and spent the 2017 season as San Diego’s Major League outfield coach. Mathews previously managed and coached in the Twins’ and Arizona Diamondbacks’ organizations, and he played in the Colorado Rockies’ organization in 1994.

Hammock is entering his first season in the Padres’ organization after working as the Diamondbacks’ Major League quality control and catching coach from 2017-2021. He managed

Diamondbacks minor league affiliates from 2013-2016. Hammock played six years in the major leagues with Arizona and spent parts of three seasons with Double-A El Paso from 2000-2002.

The Chihuahuas’ 2022 Triple-A West season starts on Tuesday, April 5, in Round Rock. The home opener is on Tuesday, April 12, versus Oklahoma City. Tickets for Opening Day will go on sale at a later date. Fans can join the priority purchase waiting list now online.