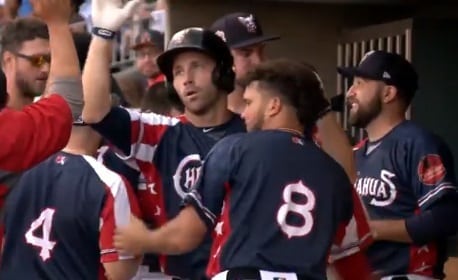 The El Paso Chihuahuas beat the Albuquerque Isotopes 6-4 Sunday to take their second consecutive game. El Paso has won 10 of its last 12 games.

Trey Wingenter left the tying run on base in the top of the ninth inning and recorded his second save of the season.

One day after reaching base four times, Luis Urias got on three times with two singles and a walk.

Brett Nicholas went 3-for-4 with two RBIs in the win for El Paso. Nicholas now has 60 RBIs, good for fourth-best in the Pacific Coast League.

Dusty Coleman went 1-for-4 with a home run, his seventh homer of the year, with three coming against the Isotopes.

Albuquerque and El Paso have combined to hit 25 home runs in their seven head-to-head games.